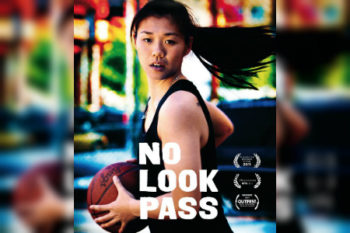 No Look Pass is an identity quest film that follows Emily Tay’s transition into adulthood between her senior year at Harvard (where she ranks 23rd nationally for assists thanks to her signature move, the no look pass) into her first year playing professionally in Europe. Emily’s Buddhist parents risked everything to emigrate from Burma in 1980 to Los Angeles’ Chinatown and expect Emily to return home after graduation and comply with an arranged marriage. But Emily must follow her own American Dream, which means moving to Germany and falling in love with a U.S. servicewoman living under Don’t Ask Don’t Tell. After feeling like an outsider her entire life, Emily struggles to become a leader, not just a star and faces the terror of telling her parents who she really is. The storyline of Emily’s tribulations and history is told in parallel with her pursuit of two consecutive championships. Basketball is a means to an end greater than simply winning games; it is the stage upon which she works through, and ultimately declares, her strength and inherent self-worth. Emily relies on her best friend and teammate, Katie, who follows her across the Atlantic. A white, 6’3” diva from Maine, Katie is the yang to Emily’s yin and provides considerable comic relief. Emily’s two coaches — at Harvard and in Germany — likewise add color, drama and humor to the film. No Look Pass is a story about opportunity and identity, the loss that accompanies growth, and the courage required to live the life you imagine.