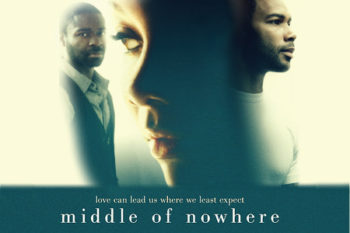 What happens when love takes you places you never thought you would go? As Ruby (Emayatzy Corinealdi) rides a bus through the inner city streets, she wills herself to push away memories that crowd her. Four years earlier, she was a vibrant medical student married to the love of her life, Derek (Omari Hardwick). Now, she makes her way to the maximum security prison on the outskirts of town. This is where her love now resides. Behind coiled razor wire and forty foot concrete walls. As the couple stares into the hallow end of an eight-year prison sentence, Ruby must learn to live another life, one marked by shame and separation, by guilt and grief. Soon, her singular focus is to ensure Derek’s survival in his violent new environment. She drops out of school to maintain her marriage from beyond bars. She fights to support her husband on the inside and survive her own identity crisis on the outside. But through a chance encounter and a stunning betrayal that shakes her to the core, Ruby is propelled in new and often frightening directions of self-discovery. As we chronicle her turbulent yet transformative journey, we witness the emergence of a broken woman made whole.