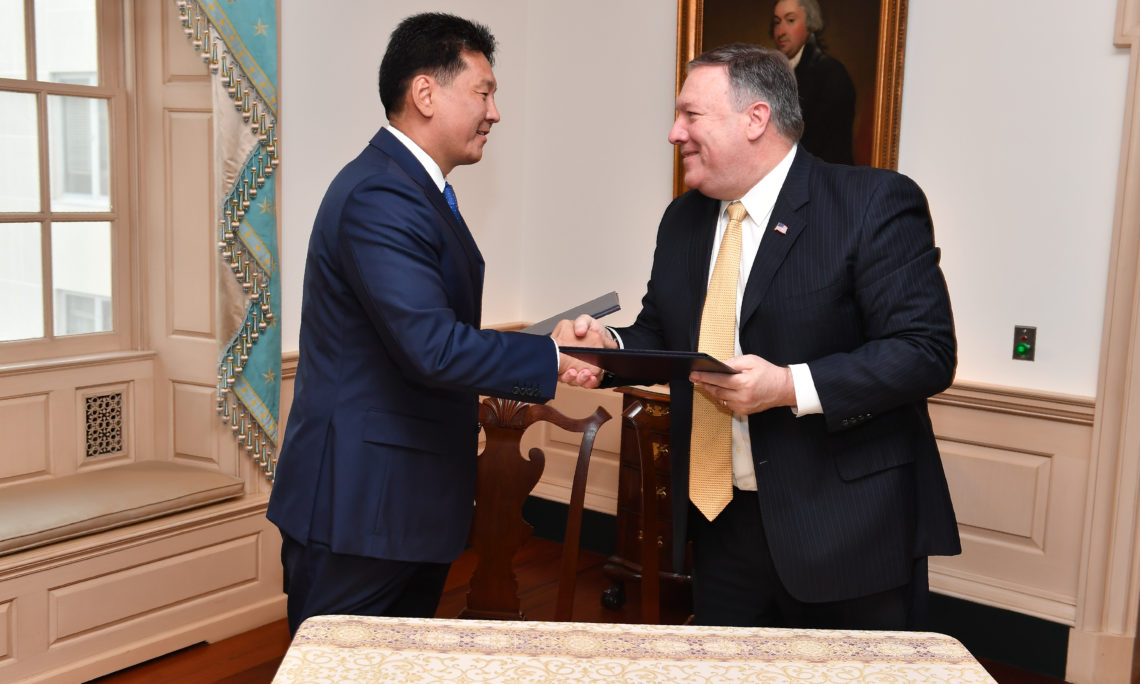 “We are pleased to celebrate the signing of the Mongolia Water Compact which underscores the important partnership and economic cooperation between the United States and Mongolia,” added MCC Acting Chief Executive Officer Brock Bierman. “Once again, MCC is proud to partner with the Mongolian Government as we work together toward expanding the available water supply to the capital city of Ulaanbaatar and simultaneously instituting institutional and policy reforms that will strengthen the government’s capacity for sustainable economic development for decades to come.”

The relationship between MCC and the Mongolian people stretches back more than 10 years since the first $285 million Mongolia Compact was signed in 2007. The first Compact focused on bolstering the country’s economy through infrastructure and other projects in transportation, health, energy, and land rights reforms, benefiting more than an estimated 2 million Mongolian citizens.

Building upon this historical partnership and our shared values of open markets and democracy, the new Mongolia Compact addresses a critical human need: access to water. In less than three decades, the population of Ulaanbaatar and its corresponding demand for water has nearly tripled in size. MCC data indicates the capital city’s demand for water could exceed supply as soon as 2019.

The MCC Mongolia Water Compact will address this impending economic crisis by bolstering infrastructure capacity and instituting lasting regulatory reforms resulting in an estimated 80% increase in water supply. This investment will better position the country to support private-sector led economic growth. In addition to the $350 million MCC investment, the Government of Mongolia has committed $111.8 million to the Compact, one of the largest partner country commitments in the history of MCC.