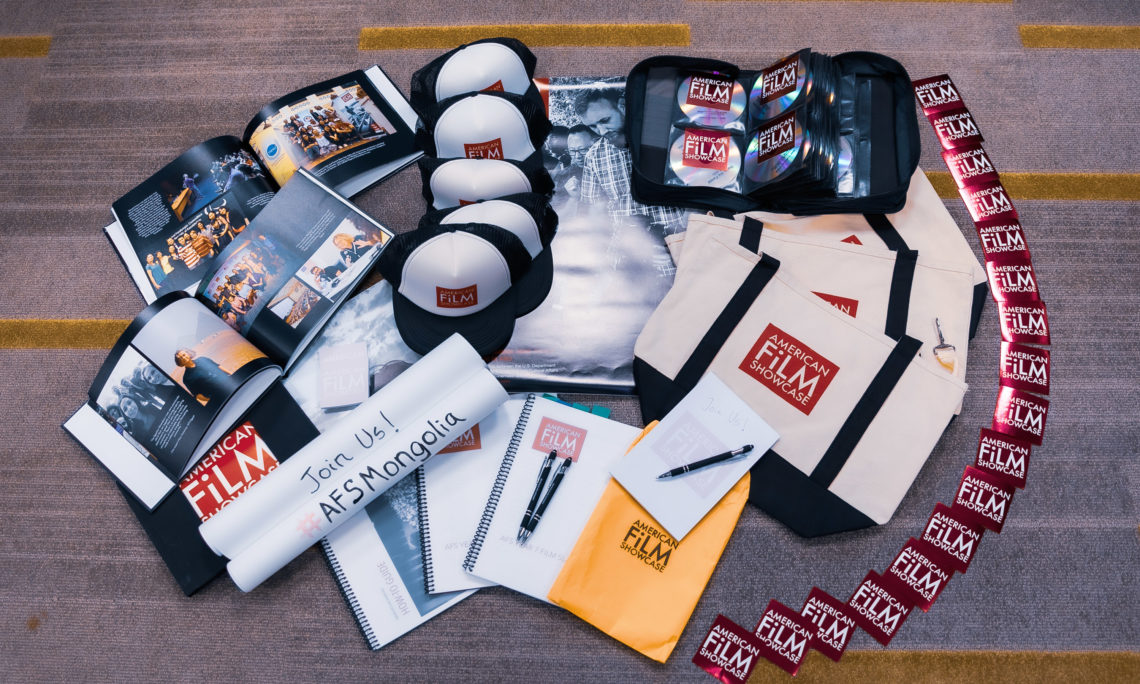 The U.S. Embassy in Ulaanbaatar is pleased to announce a call for Expressions of Interest for Implementing American Film Showcase Mongolia from December 2019 through August 2020.

The American Film Showcase (AFS) is the premiere arts exchange program of the U.S. Department of State.  AFS is produced by the University of Southern California School of Cinematic Arts. Working with 50 U.S. Embassies each year, AFS brings award winning contemporary American documentaries, independent narrative films, and filmmaking know-how to audiences around the world.

The U.S. Embassy in Ulaanbaatar has implemented AFS in years 2015, 2016, and 2017.  AFS is returning to Mongolia for the 4th time this year starting December, with 2 film envoys and a slate of 70 feature films to choose from.  The American Film Showcase consists of two main components – a person-to person cultural diplomacy program and a film collection with which U.S. Embassies and Consulates may organize screenings.

A Touring Film Collection for U.S. Embassies and Consulates

Each participating country has access to the AFS films, for which they may host screenings at not-for-profit settings from December 12, 2019 until August, 2020.  The U.S. Embassy in Ulaanbaatar has a total of 70 films (see AFS Film Slate) which consists of 50 feature length documentaries, 11 documentary shorts, 4 episodic documentaries, and 4 animated shorts that can be screened at local cinemas, festivals, or/and at thematically relevant events/settings.  The U.S. Embassy in Ulaanbaatar has the main screening rights for all AFS films. An embassy representative must be present for every screening of an AFS film, including all festival screenings. AFS program in the U.S. also must be informed of every screening in advance that is organized with an AFS film.

The governments of Mongolia and the United States of America declared 2019 the “United States-Mongolia Year of Youth.”  As such, the primary theme of the 2019 AFS Mongolia programming and film screenings is empowering youth. By doing so AFS films and programming will not only advance Mission Mongolia goals of promoting Mongolia’s democratic development, economic openness and transparency, and a strengthened civil society, but also build regional networks and synergies to help advance the Indo-Pacific strategic goal of a region that is sovereign, free, and open.

In order to effectively implement this theme, the program has the following objectives:

The U.S. Embassy is seeking an implementing partner(s) for the program and is accepting expression of interest with the following criteria and commitment from interested organizations from Nov 5, 2019 through July 5, 2020 – this Call for Expression of Interest is on a rolling basis.  Interested entities can submit long-term (Dec 2019 – Aug 2020) or/and short-term (1 month) proposal(s) between the call period described above. All submissions should be sent through #AFSMongolia 2019 – Expression of Interest Form (available here). The selection of implementing partner(s) will be communicated on a case by case basis within one week after the submission of the proposal.

We are specifically looking for partners and organizations who:

While the U.S. Embassy has core funding secured for the 2019 AFS Mongolia launch, we are particularly looking for partners who can leverage relationships for financing, especially on film translating and subtitling needs.

This is a three-phased call for Expression of Interest:

In the second phase, within one week time after the interested party’s submission of the proposal form, potential partner(s) will be invited to an Orientation Meeting/Call which will include discussion of the Embassy objectives, targets, and lessons learned from best practices from previous AFS Mongolia programming.  Interested parties will be required to go through a basic due diligence assessment.

In the third and final phase, organizations will be requested to submit a revised action plan and budget before an agreement with the Embassy is signed.

Note: this program is sponsored by the U.S. Department of State, Bureau of Education and Cultural Affairs (ECA) and the U.S. Embassy in Ulaanbaatar.  All the proposed events and activities must be open and free admission to the public.

Jeff Stockwell: Screenwriter Jeff Stockwell’s produced credits include The Dangerous Lives of Altar Boys, produced by and starring Jodie Foster; Wilder Days, (a telefilm nominated for the WGA Award for Best Original Long Form TV), The Ottoman Lieutenant, and Disney’s Bridge To Terabithia and A Wrinkle In Time. He has done uncredited writing on projects including Percy Jackson & The Olympians: The Lightning Thief, Rise of The Guardians and The BFG. Jeff spent 2016 as a contract writer at Pixar Animation Studios. He has worked on many independent and studio projects, now in various stages of development. They include The Miraculous Journey of Edward Tulane with Black Label Media, The Eighty Dollar Champion with MGM, and The Curious Charms of Arthur Pepper with Fox Searchlight. Jeff has been an ongoing instructor/mentor with the Screenwriting Lab at Film Independent since 2004 (though based in Los Angeles, FIND’s filmmaker labs draw international participants) and at the Fox Writer’s Initiative (Fox Studio’s diversity program.) In 2017, he worked with Global Media Makers screenwriting workshop in Amman, Jordan, the GMM filmmakers’ residency in Los Angeles, and with AFS’s screenwriting workshop at Egypt’s El Gouna Film Festival.

Cameron Yates (Representing 2019 AFS Film Chef Flynn): Cameron Yates is a filmmaker and curator. He is the former World Cinema and Documentary Programmer for the Hamptons International Film Festival. Cameron has “106 also worked for the Sundance Film Festival, Albert Maysles, Zeitgeist Films and has been a contributor to indieWIRE. His first film 14 and Payrolled, a half-hour portrait of four teenagers working as pages for the Virginia House of Delegates, premiered on PBS in 2003. The Full Frame Documentary Film Festival awarded Cameron the 2009 Garrett Scott Documentary Grant, given to emerging filmmakers who bring a unique vision to the content and style of contemporary documentary production. His first feature documentary The Canal Street Madam, the story of a New Orleans madam who ran a brothel with her mother and daughter until she was busted by the FBI, premiered at the 2010 SXSW Film Festival. Chef Flynn is his second feature film.