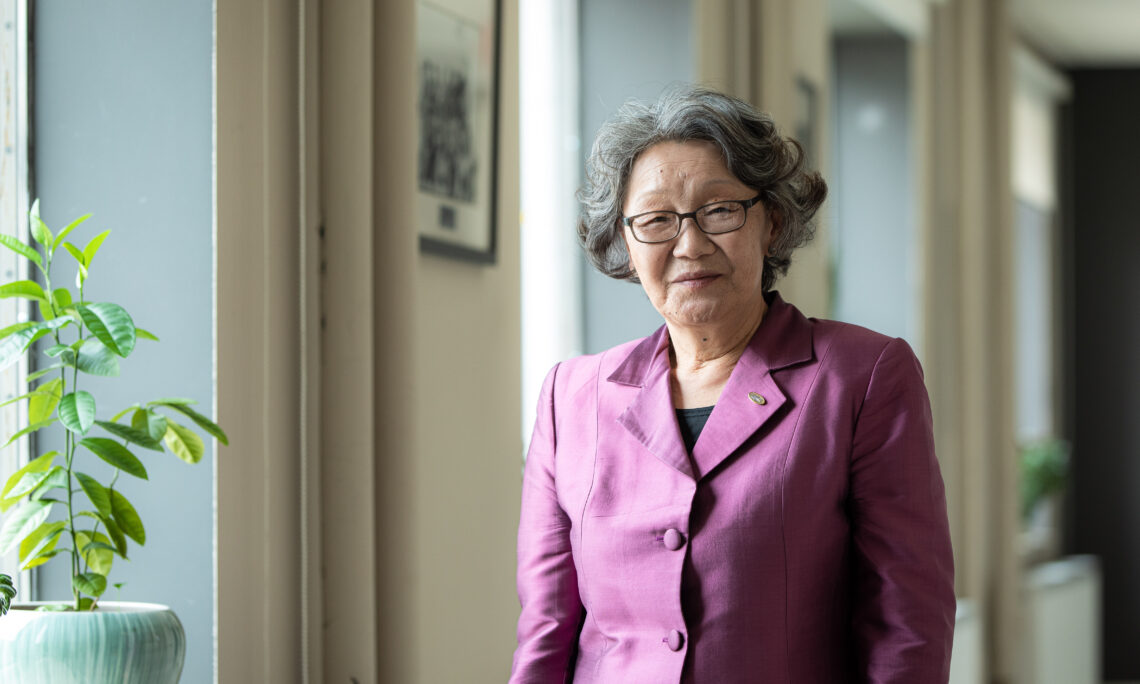 To meet the huge demand for English language in Mongolia immediately following the peaceful transition to democracy in the early 1990s, Mongolia’s newly elected government retrained former Russian language teachers to teach English.  As a result, English language classes were introduced at secondary schools as early as the start of the 1992-1993 academic year.  A 1995-1996 Fulbright Student and President of the English Language Teachers Association of Mongolia, Ms. Mira Namsrai was a witness to both the first days of English language teaching in Mongolia, as well as the Fulbright Mongolia Program, which has supported Mongolia’s English teachers and scholars ever since.

In 1994, at the start of Mongolia’s transition to English language teaching, the U.S. Embassy and Mongolia’s Ministry of Education initiated discussions on professional and academic exchanges for Mongolians.  Mira was the first Mongolian selected to participate in the Fulbright Foreign Student to pursue studies in Teaching English as a Second or Foreign Language (TESOL) in the U.S. at American University, Washington, D.C.  “Fulbright has given me an opportunity to learn about the theoretical and methodological basics of western teaching, in addition to being a big cultural exchange,” Mira shared.

During her Fulbright program in the spring of 1996, Mira attended a TESOL conference for the first time, which inspired her to envision a similar organization in Mongolia.  In 1997, with the support of Open Society Foundations, Mira established the English Language Teachers Association of Mongolia (ELTAM) with the goal of providing EL teachers with professional development opportunities.

The first major project ELTAM undertook was to produce comprehensive English materials for grades 5-10 that included a textbook and workbook for students, a handbook for teachers, and audio supplementals (cassette/CD).  ELTAM received the best textbook award from the President’s Office of Mongolia in 2001 and the British Council’s ELTons Award for the Best Foreign Language Textbook in the international category in 2009.

In 2005, ELTAM launched a nationwide teacher training project with the support of the U.S. Department of State’s Regional English Language Office in Beijing and the Open Society Foundations.  In 2007, Marjorie Friedman, a Senior English Language Fellow, helped expand the project into a national and international conference with further support from the Ministry of Education and U.S. Embassy.  The conference provided opportunities for English language teachers from Mongolia, the U.S., Japan, and the U.K. to connect and share knowledge on various topics, including theory, methodology, and English language teaching reform.

Mire explained, “When EL teaching took off in Mongolia in the early 1990s, we lacked proper preparation and resources, including human resources.  However, now, we have established an English language education system with a national curriculum compliant with the K-12 tsum (core) curriculum of Mongolia.  Going forward, we need to focus on the quality of teaching and the teachers.  Teacher training institutions need to continue to improve curriculum to ensure quality human resources in the sector.”

With her 30 years of experience and leadership, Mira continues to contribute to the development of English language teaching in Mongolia and set an example of leadership in the educational community both in Mongolia and worldwide.