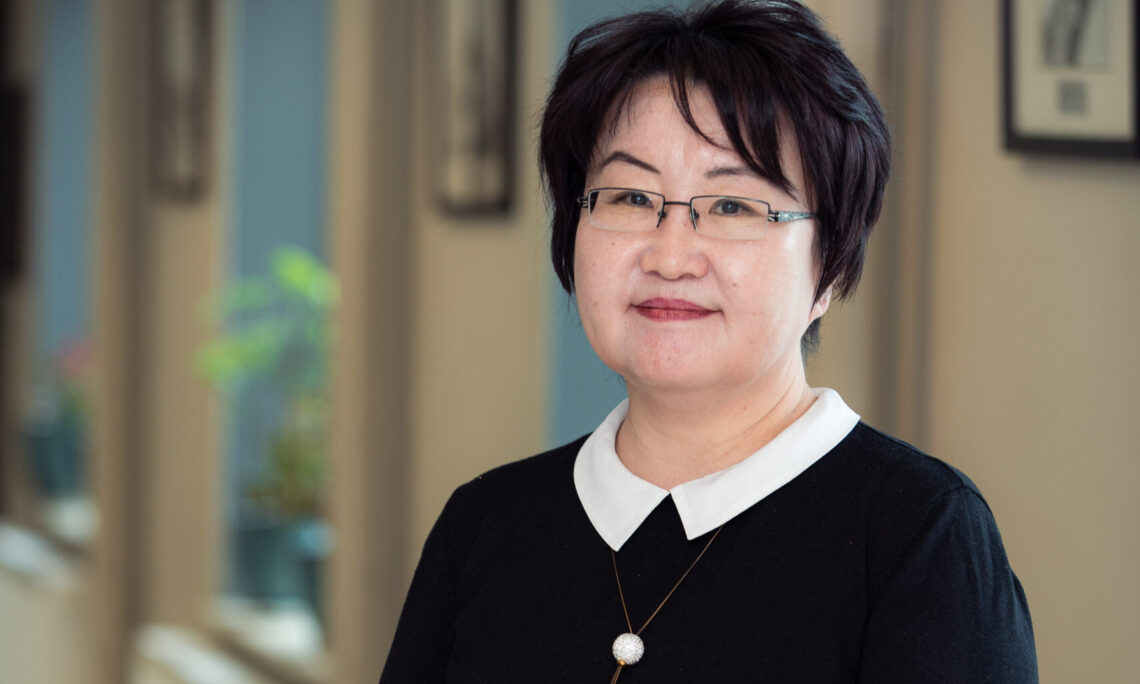 Born and raised in Ulaanbaatar, Munkhmandakh followed her father’s footsteps and started working in journalism over twenty years ago. She has dedicated her decades-long career to promoting independent media and professional journalism through her work at the Press Institute of Mongolia (PIM).

In 2014, Munkhmandakh was selected as one of two Humphrey Fellows from Mongolia and studied strategic communications and media management. As a Fellow, she studied at the Philip Merrill College of Journalism of the Maryland University and learned how major U.S. newspapers such as the Washington Post and New York Times are dealing with the digital transition.

“[My] Humphrey Fellowship was one of the most important and memorable programs in my career and personal life. I think one of its most important values is creating lasting friendship,” shared Munkhmandakh. During her Humphrey Fellowship, Munkhmandakh gained professional experience at the International Center for Journalists (ICFJ) and established contacts with many U.S. and international media development organizations, including the Global Investigative Journalism Network (GIJN).

After her Fellowship, Munkhmandakh continued to work at the Press Institute of Mongolia, a non-governmental non-profit organization established in 1995 under the Free Press Project. Financed by the Danish Agency for International Development, PIM is recognized locally and internationally for its fundamental contribution for developing free and democratic media in Mongolia. In addition to benefiting from the increased knowledge and experience Munkhmandakh had gained during her fellowship, PIM acquired membership to the GIJN through Munkhmandakh’s connection, and started actively promoting investigative journalism in Mongolia.

As the Executive Director of PIM, Munkhmandakh works every day to promote independent media and professional journalism in Mongolia. She also continues to think globally, undertaking joint projects with international organizations, including the U.S. Embassy in Ulaanbaatar to promote media freedom and access to information, strengthen media accountability, and assist journalists in improving their professional qualifications and skills.