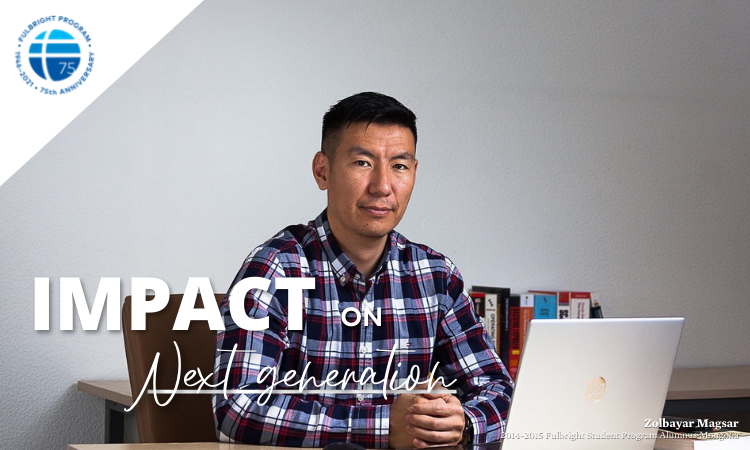 Under this month’s theme, “Next Generation Impact,” we are highlighting Zolbayar Magsar, a 2014-2016 Fulbright Foreign Student and the founder of Codercub, the first coding academy for kids in Mongolia. When we discuss the next generation impact, the latest digital innovations and their impact on the future generation must be a part of the conversation.

Zolbayar earned a master’s of science in computer science from the University of Missouri-Columbia through a Fulbright scholarship. Upon his return to Mongolia, he started Codercub with a mission to introduce computer science to Mongolia’s youth and help them develop computational thinking skills. “As computer literacy is becoming an integral part in today’s academic and professional environments, computer science is becoming even more foundational, and it is rapidly being integrated into educational systems worldwide,” Zolbayar said.

As a Code.org (a U.S. based nonprofit dedicated to expanding access to computer science in schools) partner in Mongolia, Codercub has officially implemented their curriculum at the elementary school level. Codercub has also joined the annual Hour of Code campaign, a movement that takes place in more than 180 countries globally.

With technology advancing and reshaping almost every aspect of our lives, introducing the next generation to computers and developing their critical skills is crucial. “Students who lack digital literacy and computer science knowledge will be at an inherent disadvantage once they join the labor market,” Zolbayar said. “Although Mongolia inevitably [leapfrogged] some of the industrial revolutions, taking into account our population size, we can make a quantum leap and keep up with the next revolution by refreshing our educational system.”