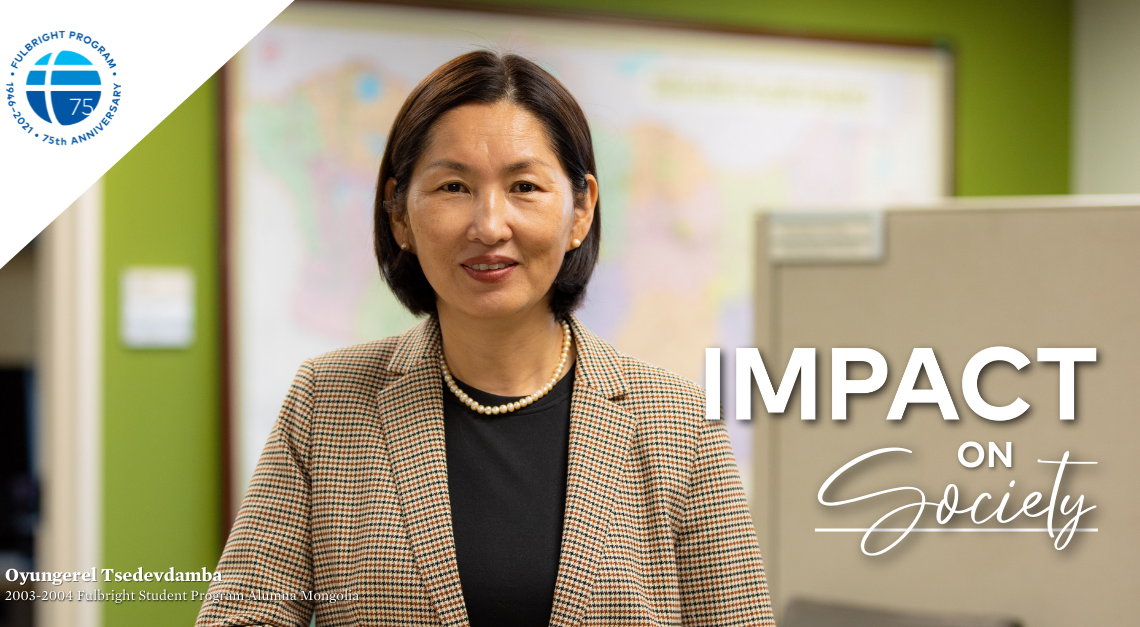 A well-known public leader and human rights activist, Ms. Oyungerel Tsedevdamba played a leading role in encouraging Mongolia to adopt laws to decriminalize defamation and libel and abolish the death penalty.  She is also a 2003-2004 Fulbright Foreign Student who earned her MA in International Policy Studies at Stanford University. “By giving me an opportunity to undertake comparative study of development policies and models,” Oyungerel notes “the Fulbright program and Stanford education had a monumental impact on shaping the politician I am today.”

In 2014, after serving as the Minister of Culture, Sports, and Tourism, Oyungerel took a break from her political career.  She did not take a break from her activism, though, and continued to help address social issues through the Local Solutions NGO she founded in 2007 to identify local solutions to global issues.  Currently, she’s leading the “Let’s Change Our Toilets” campaign to improve outdoor pit toilets that are polluting groundwater and posing risks to the health and livelihood of the residents in the ger districts of Ulaanbaatar and in the countryside.

Oyungerel is also shedding light on crucial social issues through her writing.  She is an author of bestselling novels and multiple non-fiction books, including ‘The Green-Eyed Lama,’ a bestseller for 13 years in Mongolia and its sequel ‘Sixty White Sheep,’ which chronicle a remote nomadic community from the time of the great repression in the 1930s to the 1940s and Choibalsan’s notorious first five-year plan.

Whether through her professional career in government or through her pen, Oyungerel continues to advocate for and lead positive social changes.