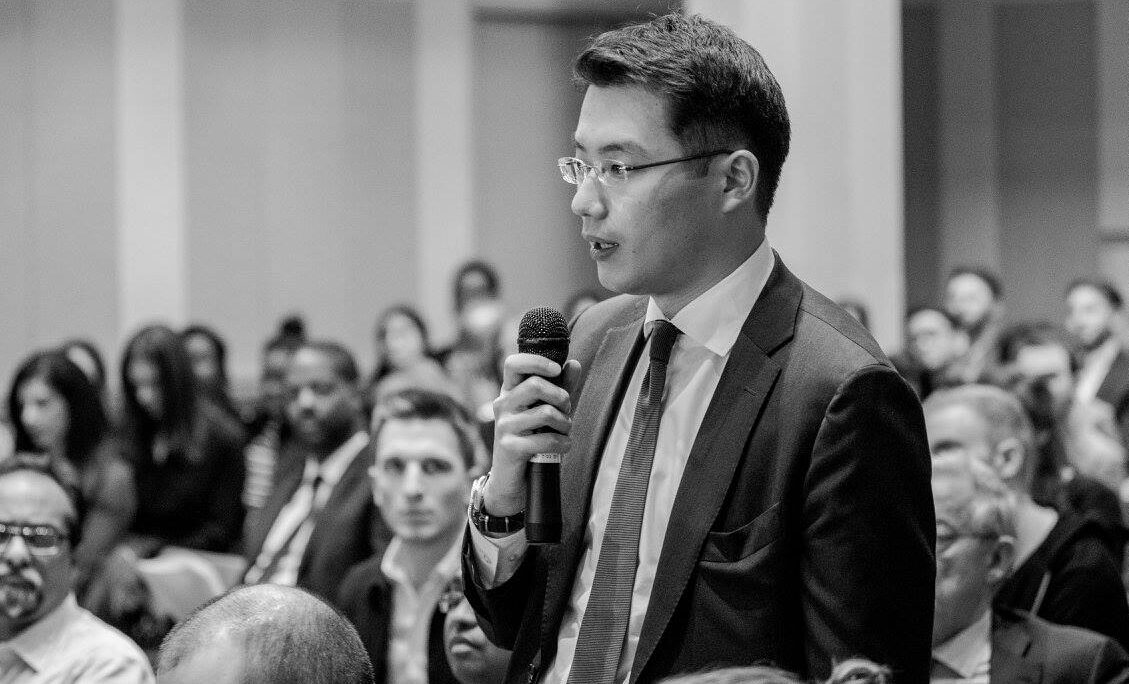 For most of the last decade, Mr. Tuvshinzaya Gantulga (Tuvshin) has contributed significantly to the bilateral relations between Mongolia and the United States. He served as the first Executive Director of the American Chamber of Commerce (AmCham) in Mongolia from 2013-2015, studied as a Fulbright Foreign Student from Mongolia in 2015-2017, worked as a Foreign Policy Desk Officer and Foreign Policy Aide to the President of Mongolia in 2017-2021, and served as a rifleman and national liaison coordinating between Mongolian and NATO troops in Afghanistan in 2019-2020. As his career in public policy takes off, he will have many more opportunities to improve the welfare of his fellow citizens in Mongolia and make an impact on diplomacy.

As the Executive Director of AmCham Mongolia, Tuvshin advocated for improvements to Mongolia’s legal and business environment to attract U.S. investment. This helped him to realize his interest in public policy and led to him apply to the Fulbright Foreign Student Program to pursue a Master of Public Administration at Columbia University. “It was a big dream come true for me,” Tuvshin said about his Fulbright experience. “The opportunity to join a big family of international leading professionals and scholars to network and collaborate, I think, was the most important aspect of my exchange.”

After earning his degree, Tuvshin contributed to Mongolia’s diplomatic efforts as a Foreign Policy Desk Officer as well as Foreign Policy Aide to the president of Mongolia. During his time in the government, Tuvshin was also a reserve officer in the Mongolian Armed Forces and deployed to Afghanistan to serve as a national liaison between the Mongolian Expeditionary Task Force and NATO Forces.

With these diverse experiences under his belt, Tuvshin continues to strive to become an experienced and knowledgeable public policy specialist. “The better we understand society, the factors that make it up, the better policies we put forward,” explained Tuvshin. “With my current experience in civil society, business and investment, foreign policy, and defense, and hopefully with some more experience in the private sector gained in the near future, I wish to continue to build my career in public policy.”