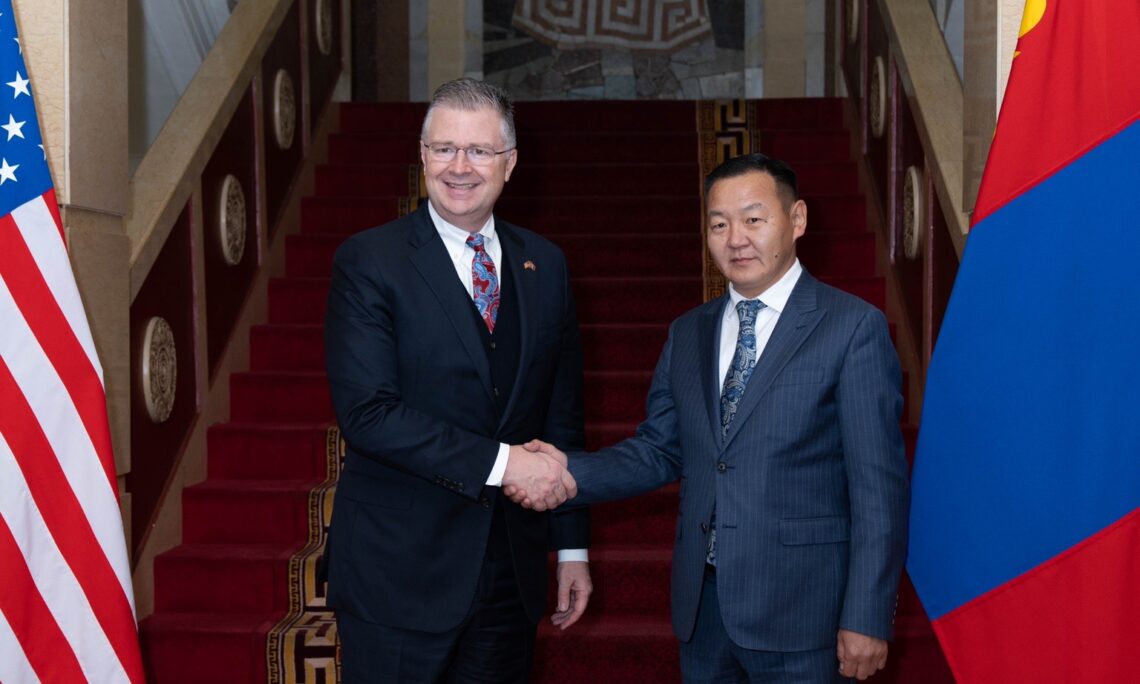 To further strengthen the Mongolia-United States Strategic Partnership, representatives of Mongolia and the United States held the 15th Annual Bilateral Consultations and the first Strategic Dialogue on August 24, 2022, in Ulaanbaatar.  In this Strategic Dialogue, the two nations discussed the current state of bilateral relations, regional challenges, and joint achievements across a wide range of issues.

Both Mongolia and the United States reiterated that international disputes should be resolved by peaceful means and with respect for the United Nations Charter and international law, including the principles of sovereignty and respect for the independence and territorial integrity of states, and without the threat or use of force.  To this end, both nations expressed concern over the suffering of the Ukrainian people.

The two nations also confirmed that countries around the world should work together to hasten the global post-pandemic economic recovery, including overcoming supply chain disruptions, and affirmed that the international community should unite in efforts to achieve the UN Sustainable Development Goals.

Noting that 2022 marked the 35th anniversary of the establishment of bilateral relations between the two countries, the Governments of the United States and Mongolia reaffirmed their strong desire to build on the Strategic Partnership, expand the relationship in all areas of mutual interest, and explore opportunities for increased economic cooperation and investment through existing and new mechanisms such as the U.S. International Development Finance Corporation.  Both sides also noted with satisfaction the initiation of talks on a bilateral Open Skies Agreement, an important step toward establishing scheduled nonstop passenger flights between the two countries, further expanding economic and people-to-people ties.  The two nations also highlighted the importance of improving Mongolia’s business climate, including by fully implementing the Mongolia-U.S. Transparency Agreement, in order to achieve greater levels of investment in Mongolia.

The two nations discussed potential collaboration on projects to advance Mongolia’s economic development and diversification, digitalization, and economic independence, with a focus on renewable energy, food, digital trade, and security.  In particular, the two sides discussed joint development programs, including progress on the $462 million Millennium Challenge Corporation Water Compact, which will expand Ulaanbaatar’s water supply by more than 80%.  Both sides committed to fully funding and supporting the project through its completion in 2026.  The dialogue also highlighted the increasing activities of USAID, which is implementing projects to strengthen democracy and good governance, develop small and medium enterprise, improve clean and efficient energy management, and respond to the COVID-19 pandemic.  In addition, both sides celebrated the 30th anniversary of the Peace Corps in Mongolia and the return of Peace Corps volunteers this fall for the first time since the beginning of the pandemic.

Both sides welcomed successful cooperation on defense and security, especially joint efforts to support international peacekeeping operations and expressed willingness to deepen this partnership.  The two sides discussed their growing law enforcement cooperation and U.S. efforts to strengthen the rule of law in Mongolia, including through $5 million in law enforcement and justice sector capacity building, and a $5.5 million Child Protection Compact that is helping Mongolian authorities protect children from abuse and human trafficking.  In addition, the two sides decided to explore the possibility of a joint arrangement to protect Mongolia’s cultural property from illegal trafficking and entry into the United States, and to identify law enforcement mechanisms to achieve that goal.  They also discussed consular issues of mutual concern.

The two nations highlighted their shared commitment to democratic principles and individual freedoms, as well as to strengthening the rule of law, establishing good governance, fighting corruption, safeguarding human rights, and upholding freedom of religion and belief.  The two nations further expressed their mutual intent to strengthen collaboration in these areas.

Mongolia and the United States decided to maintain the exchange of high-level bilateral visits, with the next round of Annual Bilateral Consultations to be held in 2023 in Washington.