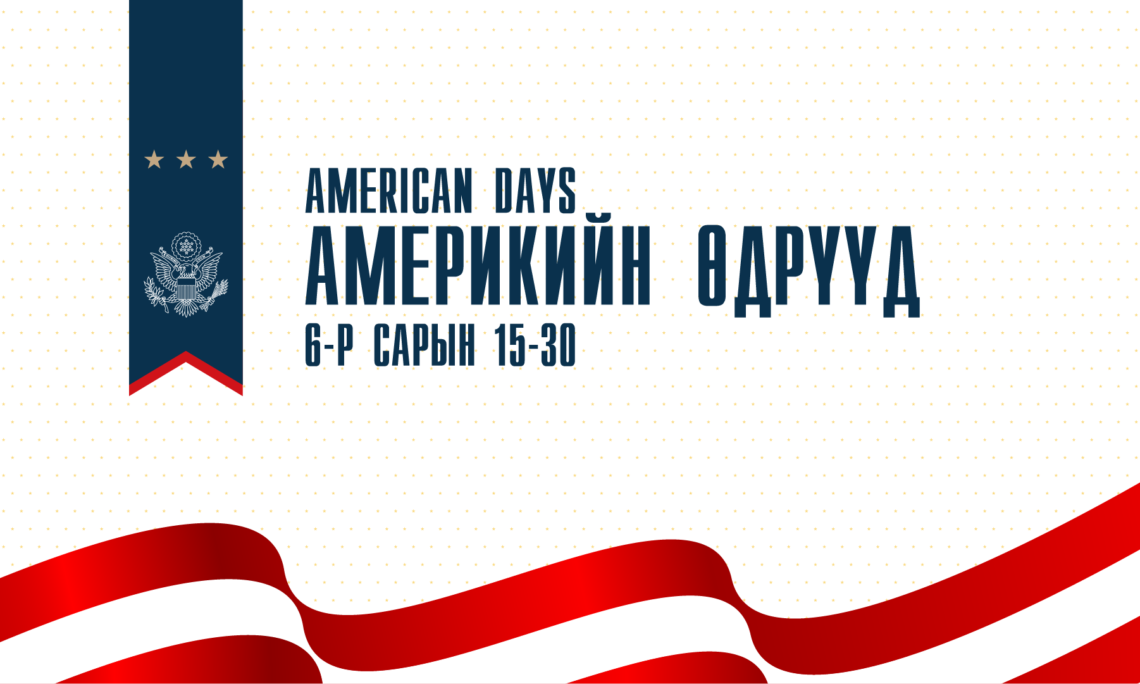 On January 27, 1987, the U.S. and Mongolia established diplomatic relations, and we’re celebrating the 35th anniversary of this strong cooperation this year through the American Days! Over the two weeks of the American Days through June 15-30, the U.S. Embassy Ulaanbaatar will host a series of cultural and educational events that embody our two countries’ historic partnership! So make sure to join us on social media, follow the #AmericanDays2022 and #USMongolia35 hashtags and the events below, and stay tuned for more details.

During the American Days, following events are being planned. All of the events will be organized free and open to the public.

*The schedule above is subject to change

Where: American Corner in Ulaanbaatar