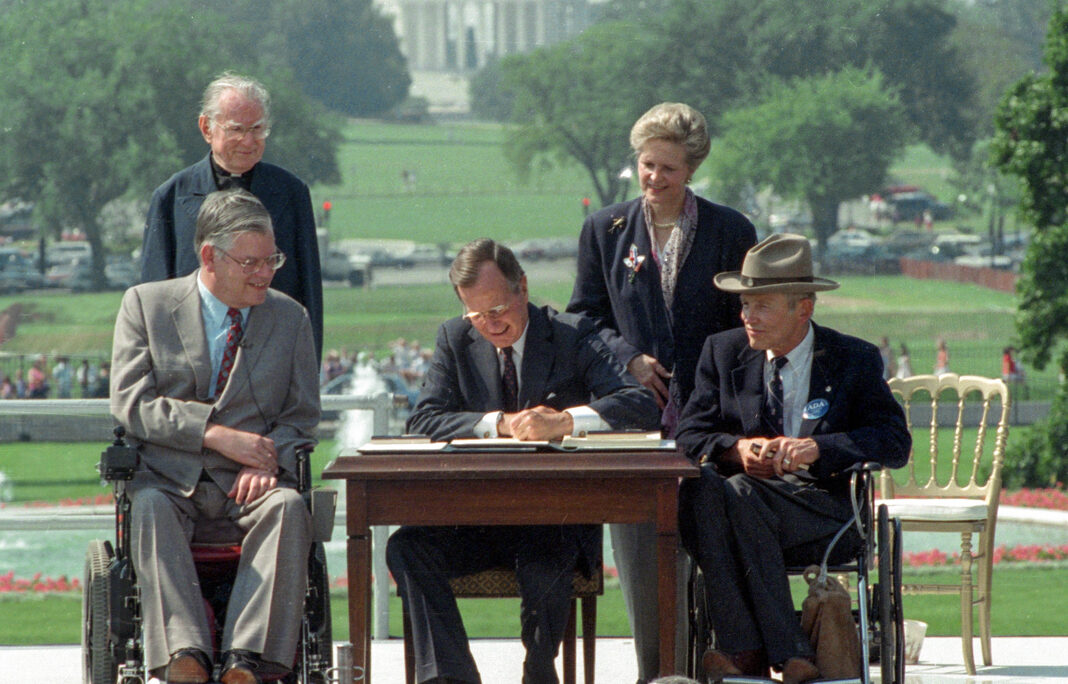 The Americans with Disabilities Act protects 56.3 million Americans from discrimination in all areas of life, including work, school and transportation.

Signed into law on July 26, 1990, the law guarantees Americans with disabilities unrestricted access to public buildings, equal opportunity in employment and equal access to government services.

The comprehensive legislation was the culmination of decades of advocacy and struggle. In the years since its passage, the Americans with Disabilities Act has been updated to broaden its reach and more effectively provide equal civil rights for all.

Below are some of the landmark events related to the Americans with Disabilities Act.

Also known as the Civilian Vocational Rehabilitation Act, this law established a federal program to provide vocational assistance to Americans with physical disabilities. The Smith-Fess Act was modeled on an earlier law aimed at rehabilitating disabled World War I veterans.

In addition to developing a system of benefits for the elderly, the Social Security Act of 1935, signed into law by President Franklin D. Roosevelt, provided benefits for the blind and the physically disabled.

President George H.W. Bush signed into law the Americans with Disabilities Act, the most comprehensive disability rights legislation in history. Among its provisions, it prohibits discrimination in hiring and guarantees equal access to education and public facilities.

The ADA Amendments Act of 2008 makes important changes to how “disability” is defined in the Americans with Disabilities Act, favoring a broad and inclusive interpretation. These changes make it easier for a person seeking protection under the law to establish eligibility.

This article was originally published July 26, 2017.