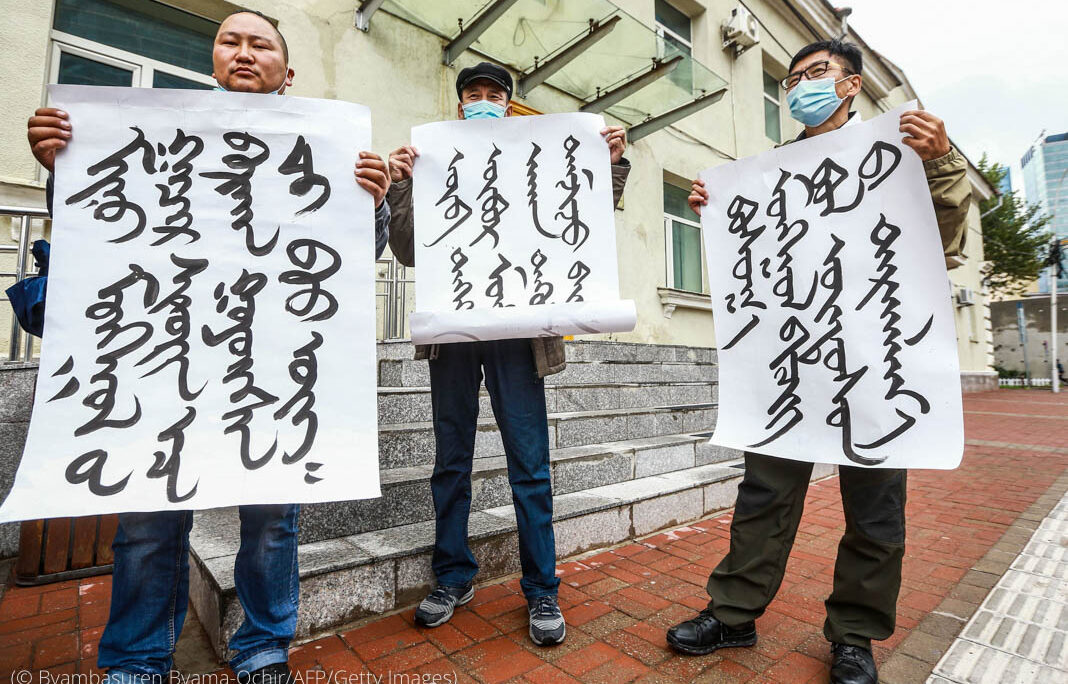 The Chinese Communist Party (CCP) is replacing the Mongolian language in classrooms in Inner Mongolia with Mandarin Chinese, continuing the party’s use of language to oppress minority culture.

The CCP on September 1 ordered that elementary and secondary schools in the northern China region bordering Mongolia begin teaching language, politics and history in Mandarin instead of the region’s native Mongolian, according to press reports.

The move has sparked protests and CCP authorities have arrested or forced hundreds of ethnic Mongolians to resign from public office, Radio Free Asia says. The Associated Press reports that charges include “sharing videos in a WeChat group to obstruct the implementation of the national textbooks policy” or “picking quarrels and stirring up trouble.”

Chimeddorj, a professor at Inner Mongolia University, views removing native Mongolian from classrooms as an attack on his culture.

“If our language is wiped out, we as a distinct people will also cease to exist,” he said, according to the Southern Mongolian Human Rights Information Center, based in New York.

The policy also violates the CCP’s own laws. Under CCP law, schools and “other institutions of education where most of the students come from minority nationalities shall, whenever possible, use textbooks in their own languages and use their languages as the medium of instruction,” according to the U.S. Department of State’s 2019 Human Rights Report.

But in recent years the CCP has cracked down on peaceful expressions of religion and culture in the name of building a “harmonious society” and maintaining social stability, the report says.

Restricting native languages is a common tool of CCP oppression. The more than 1 million Uyghur and other ethnic minorities interned in Xinjiang must renounce their ethnic identities and learn Mandarin. Meanwhile, their children are sent to orphanages to learn Mandarin and shout party slogans.

CCP authorities in December 2018 banned monasteries in Tibet from teaching the Tibetan language.

In Inner Mongolia, the CCP has previously targeted history and culture as well. In 2019, Chinese authorities arrested Mongolian historian Lhamjab Borjigin for publishing a book documenting CCP–backed atrocities in Inner Mongolia during the Cultural Revolution.

“We need to voice our support for Mongolians striving to preserve their mother tongue and scripture in China,” former Mongolian President Tsakhia Elbegdorj said in an August 31 tweet. “The right to learn and use one’s mother tongue is an inalienable right for all.”