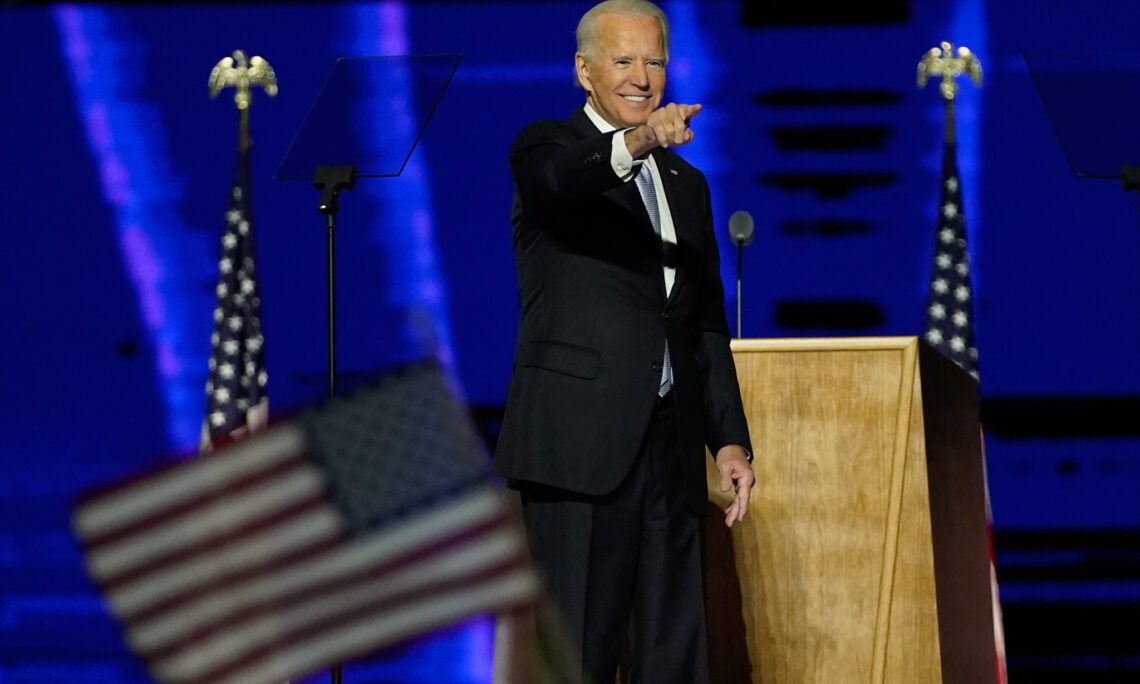 Joseph R. Biden Jr., a former vice president and a longtime Capitol Hill lawmaker known for reaching across the political aisle to get things done, takes office on January 20 as the 46th president of the United States.

On his path to victory, Biden secured 306 electoral votes — it takes 270 electoral votes to win the presidency — and amassed 81 million votes, more than any other presidential candidate in American history.

“Well, I must admit it surprised me,” Biden said during his November 7 victory speech. “Tonight, we’ve seen all over this nation, all cities in all parts of the country, indeed across the world, an outpouring of joy, of hope, renewed faith in tomorrow, bring a better day. And I am humbled by the trust and confidence you’ve placed in me.”

Born in Scranton, Pennsylvania, and raised in Delaware, Biden enters the White House with decades of experience on Capitol Hill. He spent 36 years representing Delaware as a senator and played an important role in shaping U.S. foreign policy. As chairman or ranking member of the Senate Foreign Relations Committee for 12 years, Biden was at the forefront of issues and legislation involving terrorism, weapons of mass destruction, post-Cold War Europe, the Middle East and Southwest Asia.

At the White House, he convened sessions of Obama’s Cabinet, led interagency efforts and worked with Congress to raise living standards of middle-class Americans, reduce gun violence and address violence against women, among other issues.

At 78, Biden will become the oldest president to hold the office. Trump was 70 when he was inaugurated. (Former President Ronald Reagan was 77 years old at the time he left office.)

Biden plans to focus during the early part of his administration on uniting the country and addressing pressing problems such as the COVID-19 pandemic, good-paying jobs, racial injustice and climate change.

“Let us be the nation that we know we can,” Biden said in his victory speech. “A nation united, a nation strengthened. A nation healed. The United States of America, ladies and gentlemen, there’s never, never been anything we’ve tried we’ve not been able to do.”

*This article was originally published on ShareAmerica on January 15, 2021: https://share.america.gov/joe-biden-america-next-president/