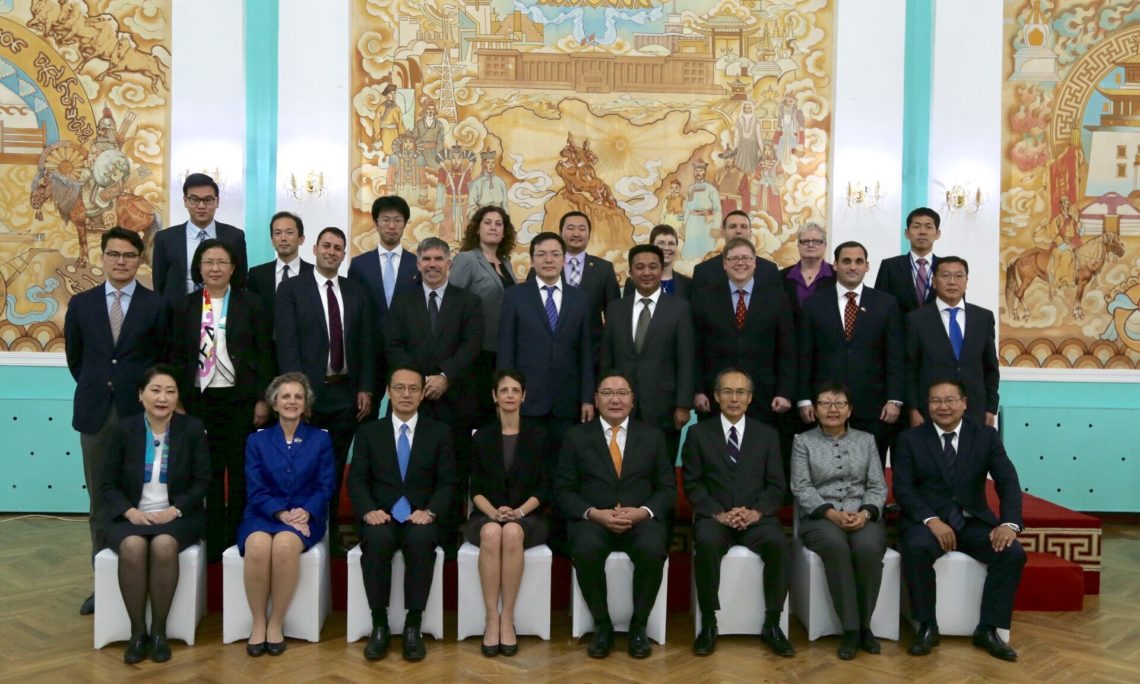 The United States, Japan and Mongolia held a trilateral meeting in Ulaanbaatar on August 30, 2017. The participants underscored the importance of the U.S.-Japan-Mongolia trilateral meeting, launched in 2015, as a foundational mechanism allowing Mongolia and two of its “third neighbors” – Japan and the United States – to exchange views on regional and multilateral cooperation and economic integration.

The 2017 trilateral meeting addressed issues of shared concern. The three countries expressed their grave concern over the regional and global threat posed by North Korea’s continued development of nuclear and ballistic missile technology, especially in light of the August 29 ballistic missile launch over Japan.  Noting the threat that such provocations pose to regional stability, they called on Pyongyang to immediately cease its destabilizing actions and to fully comply with its international obligations and commitments under all relevant United Nations Security Council Resolutions (UNSCRs) and its commitment under the 2005 Joint Statement of the Six-Party Talks in order to achieve a peaceful resolution to rising international tensions and the shared goal of a denuclearized Korean Peninsula. The three countries called on all UN member states to fully implement all UNSCRs, especially the newer provisions of UNSCR 2371. The three countries emphasized the importance of an immediate resolution of abductions.

The three countries also reinforced the importance of international law and standards as the foundation of peaceful, productive relations between countries.  Moreover, they pledged to promote increased trilateral cooperation at the United Nations and other international organizations.  The participants also affirmed their shared intent to promote trilateral and multilateral security and defense cooperation.  Japan and the United States expressed their great appreciation for Mongolia’s contributions to UN peacekeeping operations and continued stability operations in conflict zones worldwide.

Mutually beneficial economic development remains a key theme in the trilateral relationship.  The three countries discussed opportunities to increase trade and make Mongolia’s business and investment climate increasingly attractive to Japanese and U.S. firms, particularly through improved transparency and predictability.  In order to enhance foreign investors’ trust and reinvigorate the Mongolian economy, Japan and the United States expressed their hope Mongolia would fully implement its arrangement with the IMF.  Japan and the United States noted Mongolia’s natural competitive advantage in the agricultural sector and welcomed exploring opportunities to work with Mongolia to achieve its renewable energy goals.

Visit the Ministry of Foreign Affairs website to read the joint statement: