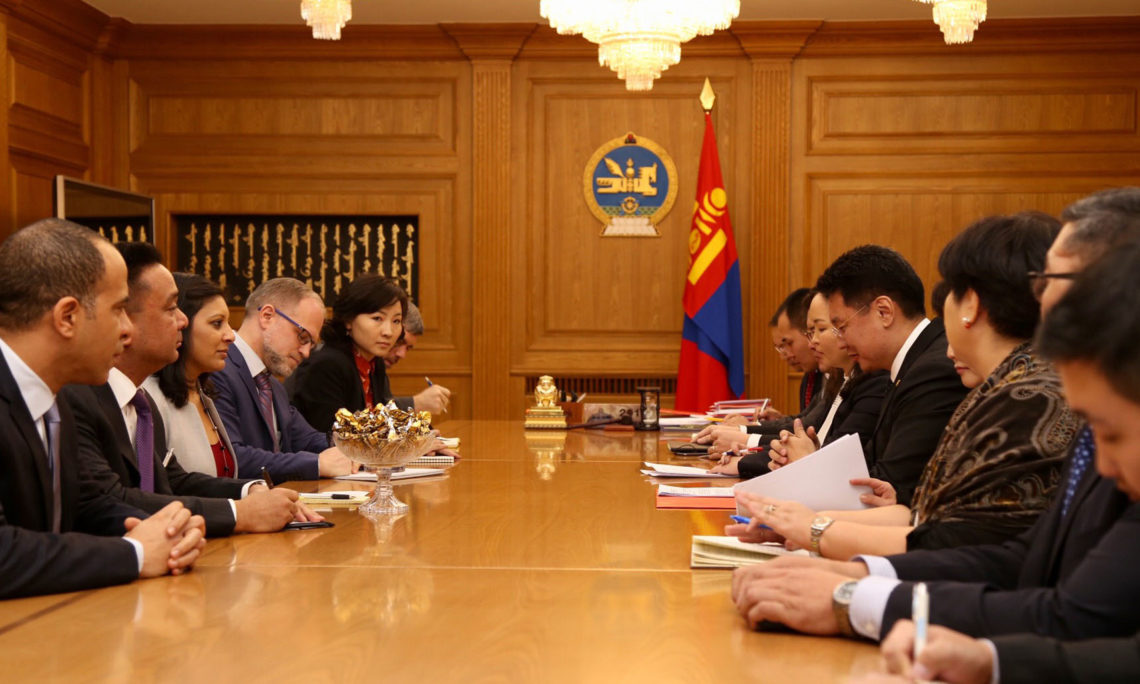 The Government of Mongolia is reviewing results from preliminary feasibility studies and working to finalize projects to increase bulk water supply in Ulaanbaatar, the country’s capital, with MCC assistance.  The Government hopes to give final approval to the projects by February 2018, allowing MCC to present the compact program for approval by its Board of Directors.

“We were pleased to discuss projects MCC is considering for investment in Mongolia with the new government and its commitment to ensuring the successful implementation and sustainability of proposed MCC projects,” said Sumar, who oversees MCC investments in Europe, Asia, the Pacific and Latin America.  Sumar also stated, “Together, we can provide a secure, long-term supply of water that sustains the capital city’s economic growth and quality of life for decades to come.”

In response, Prime Minister Khurelsukh noted, “The government places particular importance on the MCC compact and is pleased that U.S. grants will contribute to Mongolia’s sustainable development.”

Ulaanbaatar is home to nearly half of the country’s population and three-quarters of its companies and faces an imminent water supply shortage.  The demand for clean water is expected to exceed supply as early as 2021.

Mongolia was selected by MCC’s Board of Directors in December 2014 as eligible to develop a second compact.  MCC has since worked with the Mongolian Government to craft a program focused on improving the water supply in Ulaanbaatar.  A joint economic analysis identified costly access to water and sanitation in productive sectors and poor communities as one of the greatest constraints to economic growth in Mongolia.  Compact investments are expected to help increase the bulk water supply; reduce groundwater demand through wastewater recycling technologies; and support policy, institutional, and regulatory strengthening to improve the sustainability of the water sector.  As with all second compacts, Mongolia will make a sizable contribution to projects that support the compact’s goals.