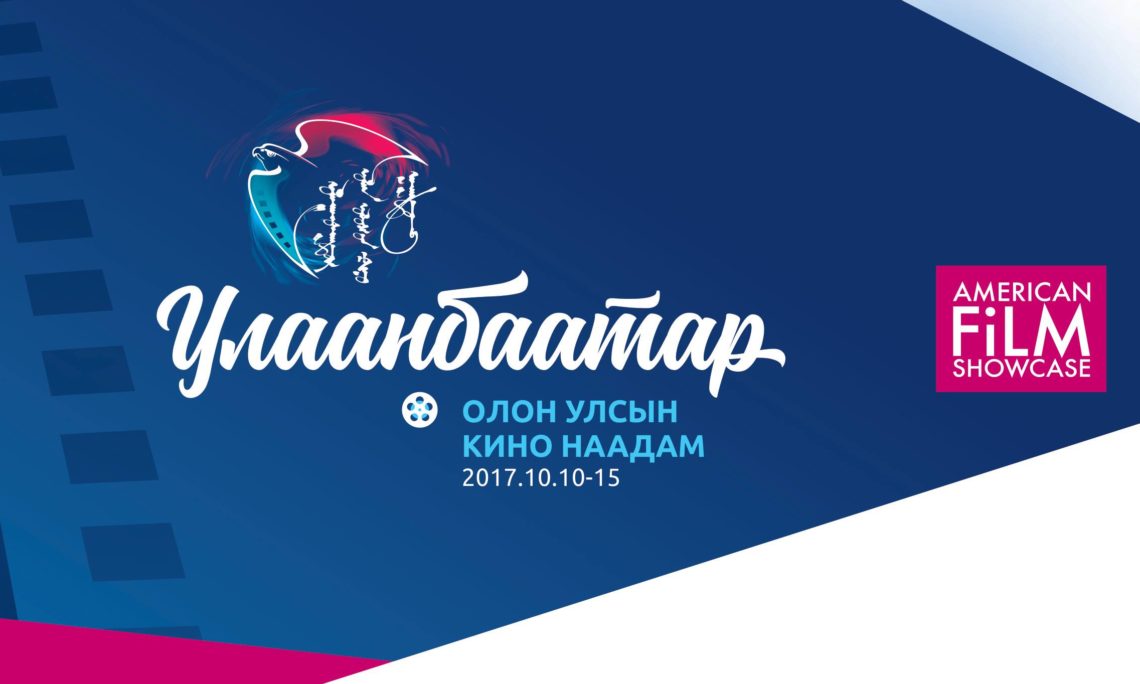 The U.S. Embassy cordially invites you to cover the 9th Annual Ulaanbaatar International Film Festival (UBIFF) – Focus Country: U.S., which will feature American Film Showcase programs Oct. 10-15, 2017.  As a Focus Country, the U.S. Embassy in Ulaanbaatar, jointly with U.S. Department of State’s Bureau of Educational and Cultural Affairs, and University Of Southern California’s School of Cinematic Arts, are bringing the American Film Showcase to Mongolia for the third consecutive year.

Five award-winning contemporary American films will be screened on Oct. 11-15 at Tengis Cinema.  The Embassy is bringing in two experts to talk about their experiences with entrepreneurship, the theme of this year’s American Film Showcase. The first is successful entrepreneur Stacey Ferreira, who will present the Focus Country opening film, “She Started It.” The second is two-time Emmy winner, filmmaker and writer, Tony Gerber, who will also be a panelist at the UBIFF – International Film Forum and hold workshops for local film-makers and students. For more information, please refer to the visitors’ Bios below.

These special guests and officials from the Embassy will be present to take your questions at the UBIFF Press Conference at 6:00pm, Oct. 10, at the Corporate Convention Center.  Throughout UBIFF week, Ms. Ferreira and Mr. Gerber will be holding a variety of talks and programming.  For interview or coverage requests, email us at paspress@usembassy.mn.

A native of the state of Arizona, Stacey co-founded her first company, an online solution for password storage and management, called MySocialCloud, when she graduated from high school. Through Twitter, she attracted investors like Richard Branson, Jerry Murdock and Alex Welch. She raised $1.2 million for her business when she was just 18 years old.  In 2013, Stacey sold MySocialCloud to Reputation.com and went on to publish her first best-selling book, 2 Billion under 20: How Millennials Are Breaking down Age Barriers & Changing the World.  Stacey is currently the CEO of Forge, an enterprise workforce management application that empowers hourly employees to work on-demand while providing retailers the tools needed to source, hire, manage and retain their workforce.

In 2016, Ferreira was named to Forbes “30 under 30” entrepreneurs. She has also been featured in several other media outlets, including The Huffington Post, Women 2.0, Business Insider, CNBC, TechCrunch, and the cover of Seventeen Magazine. She has spoken at popular technology conferences, including TEDxYouthSanDiego, TEDxNYU, and GRAMMY Media Week and has been a guest contributor to Women 2.0 and Forbes.

Writer and filmmaker TONY GERBER is a two-time Emmy recipient and has written and directed over a dozen documentaries for National Geographic, shot in some of the most remote and dangerous regions of the world.  He most recently directed (CNN Films’) We Will Rise chronicling former First Lady Michelle Obama’s trip to Africa to raise awareness of the importance of girl’s education, featuring Meryl Streep, Isha Sesay and Freida Pinto.  The film was a 2017 recipient of an American Television Academy honor. His documentary about the fight to protect mountain gorillas, Explorer: Battle for Virunga (National Geographic Channel) was a 2017 recipient of a Genesis Award, the Humane Society’s top honor for bringing critical animal protection issues to the public. His feature article on Jane Goodall (Becoming Jane) will be the October cover story in National Geographic Magazine.  He recently co-conceived and created films for a ground-breaking multimedia installation in Reading, Pennsylvania called THIS IS READING.  In 2005 he founded Market Road Films, a NY-based production company with two-time Pulitzer Prize-winning playwright Lynn Nottage. Gerber is a member of the faculty of the Feirstein Graduate School of Cinema at Steiner Studios.

Background: The UBIFF is organized during the second week of October every year, by the leads of Arts Council of Mongolia (ACM) and the Ulaanbaatar City Mayor’s Office.  During the years, UBIFF presented internationally acclaimed, unique and powerful films awarded at the Cannes, Berlin, Toronto, and other A list festivals.  This year, the Festival will be comprised of the International Film Forum with 12 international film experts, 20 film screenings, and workshops/discussions related to new and innovative films and film-making techniques.

At the UBIFF, every year a country is selected to promote their culture and values through films, and celebrate the diplomatic ties between Mongolia and the country.  This year, the U.S has been selected as a Focus Country, as this year is commemorating the 30th anniversary of U.S. – Mongolia relations.  The following are the American films that have been selected to get screened during the UBIFF: “She Started It” by Nora Poggi, Insiyah Saeed, “Landfill Harmonic” by Brad Allgood, Graham Townsley, “Chef” by Léa Mysius, “Good Time” by Safdie Brothers, and “Captain Fantastic” by Matt Ross.