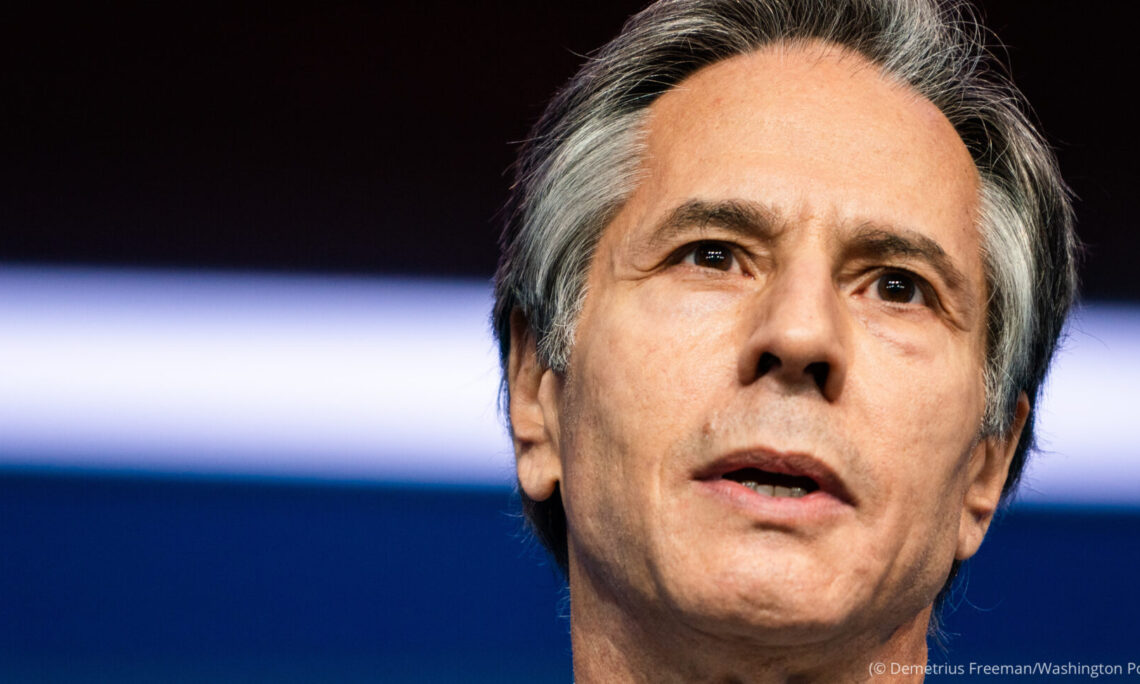 For Antony Blinken, America’s new top diplomat, returning to the U.S. Department of State brings the opportunity to continue both professional and family traditions.

Blinken, whom the U.S. Senate confirmed as secretary of state January 26, will lead the State Department, where he served during the Clinton and Obama administrations. His career in public service follows in the steps of his father and uncle, who served as U.S. ambassadors.

Blinken told a January 19 Senate hearing on his nomination to be the 71st U.S. secretary of state that he will work with international partners to tackle global challenges such as the COVID-19 pandemic. He also hailed the United States’ ability to mobilize others for the greater good.

“For all that has changed, some things remain constant. American leadership still matters,” Blinken testified. But he added, “Not one of the big challenges we face can be met by one country acting alone — even one as powerful as the U.S.”

Blinken has said the experiences of his family members who fled persecution for the United States have informed his view of America’s role in the world.

His grandfather, Maurice Blinken, escaped pogroms in Russia before immigrating to the United States. His stepmother, Vera Blinken, fled communist Hungary and later helped other refugees come to America. And Blinken’s stepfather, Samuel Pisar, survived four years in Nazi concentration camps and escaped a death march before being rescued by U.S. troops.

“For my family, as for so many generations of Americans, America has literally been the last best hope on earth,” Blinken said November 24 after then President-elect Biden nominated him for secretary.

After surviving the Holocaust, Blinken’s stepfather went on to attend Harvard and serve as an adviser to President Kennedy.

A graduate of Harvard University and Columbia Law School, Blinken joined the State Department in 1993. He later took posts in the Clinton White House and on the staff of the U.S. Senate Foreign Relations Committee, where he worked closely with Biden, then a senator from Delaware.

Blinken has repeatedly emphasized that the United States has a critical role in convening other nations to tackle global challenges like climate change, arms proliferation and the COVID-19 pandemic.