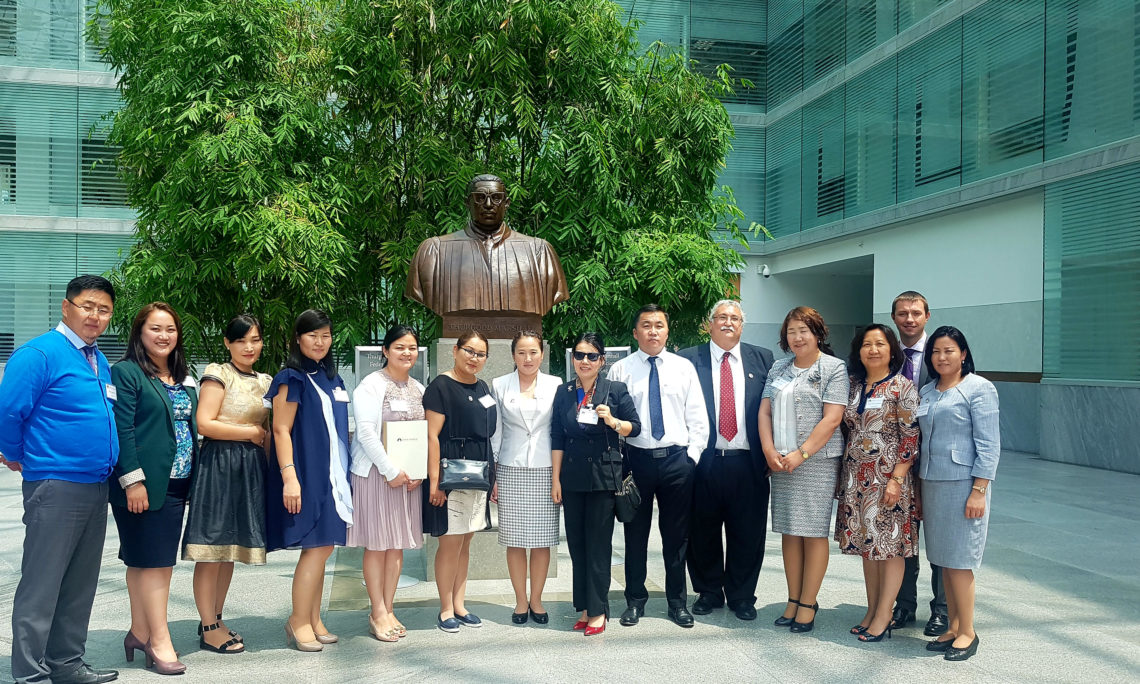 A delegation of ten Mongolian judges during their July 20-30 participation in the Open World Leadership Center’s Rule of Law program held meetings with U.S. counterparts to learn about the U.S. judicial system, build professional relationships, and experience American culture.  Supported by the U.S. Embassy, the Open World program, which under an MOU with Judicial General Council of Mongolia has hosted Mongolian judges for four consecutive years, administers the first and only U.S. Legislative Branch international exchange controlled by the U.S. Congress.

In Washington, D.C., United States District Court for Maryland Judge Peter J. Messitte provided a briefing on topics ranging from the U.S. judicial system to judicial ethics and the role of judges.  After the briefing, the delegation visited the U.S. Supreme Court and Washington Mall.

Following the D.C. portion of the program, half of the judges travelled to Princeton, West Virginia and the other half to Portland, Oregon.  Both groups gained a deeper understanding of the U.S. judicial system and enjoyed cultural activities with host families.

U.S. Magistrate Judge Omar J. Aboulhosn, Southern District of WV, hosted the Princeton group, which learned about the types of legal cases U.S. District Courts handle.  In addition, the group attended briefings about the roles of district judges and magistrates and their relationships with the Justice Department and Marshals Service.  Highlights from the WV delegation’s visit included learning about the use of electronic filing and case management systems and child protection services.