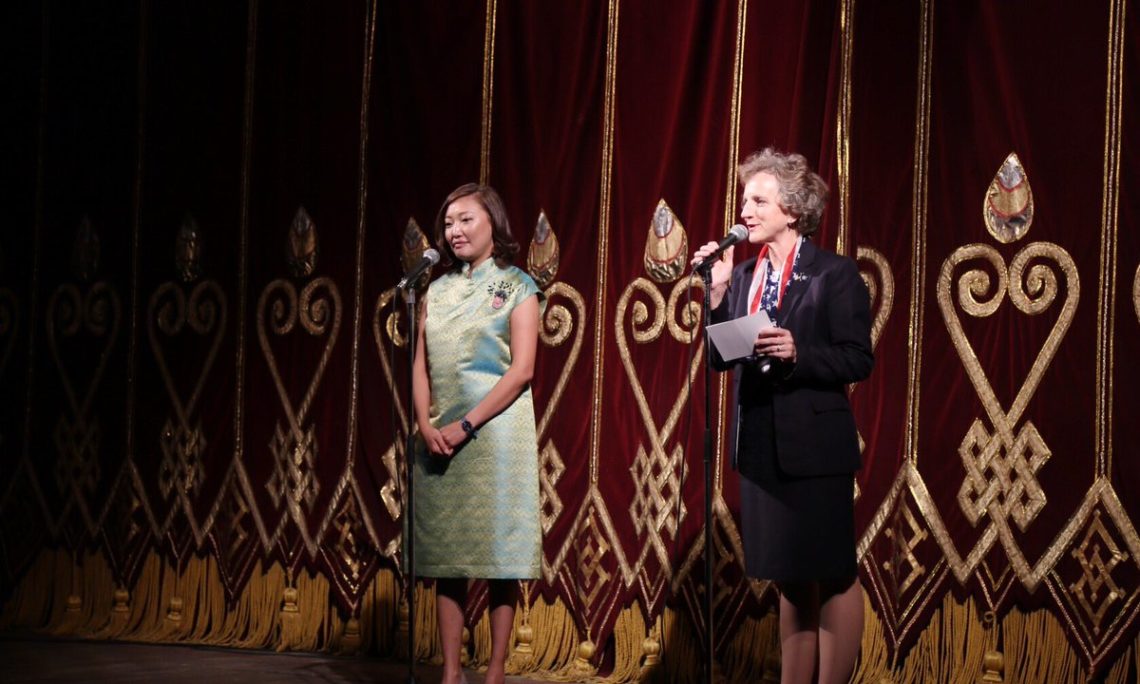 Today is the 241st anniversary of the independence of the United States of America, so to start off, Happy Birthday America!

It is a great pleasure to open this evening’s “Jazz and Soul” concert featuring a performance by world-famous jazz saxophonist, Jesse Davis, who hails from New Orleans, Louisiana, in the United States.

Tonight’s concert celebrates jazz, a uniquely American musical style that has its origins in many different musical traditions.

With its emphasis on improvisation, solos, and rhythm, jazz embodies the independence and resilience of the American spirit.

Before we get started, I’d like to thank the JazzLab Musical Agency and Goethe Music Ulaanbaatar for organizing this event, and the State Opera Theater for hosting tonight’s concert.

I would also like to express my appreciation to the Ulaanbaatar International Jazz Series, which began bringing jazz legends to Mongolia last fall.

It is heartening to see new Mongolian jazz bands such as “Jazz Train” and “Bluescoopers,” both of which you’ll hear this evening, gaining recognition here in Ulaanbaatar.

I am delighted that this event is taking place during the 30 th anniversary year of U.S.-Mongolia diplomatic relations.

It is a privilege to celebrate our cultural and people-to- people ties which help to build the mutual understanding on which our strong and growing partnership is based.

Thank you all for joining us to celebrate this evening. Enjoy the performance!