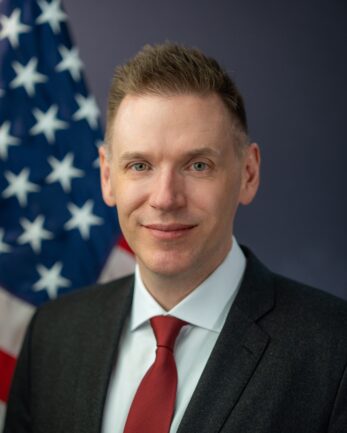 Matt Ference began his tour as Deputy Chief of Mission at the U.S. Embassy in Ulaanbaatar in August 2022.  Prior to arriving in Mongolia, Matt served as Deputy Consul General in Karachi.  Previous overseas assignments include serving as Public Affairs Officer in Ho Chi Minh City, Vientiane, and Erbil, serving as a political officer with Provincial Reconstruction Team Karbala and at Embassy Baghdad, and consular tours in Seoul and Bangkok. He also served domestically in the State Department’s Bureau of East Asian and Pacific Affairs.

Matt enlisted as in the Army after graduating from high school, before receiving a BA from San Francisco State University and an MA from the School of Oriental and African Studies (University of London).  He grew up in the great state of Alaska.