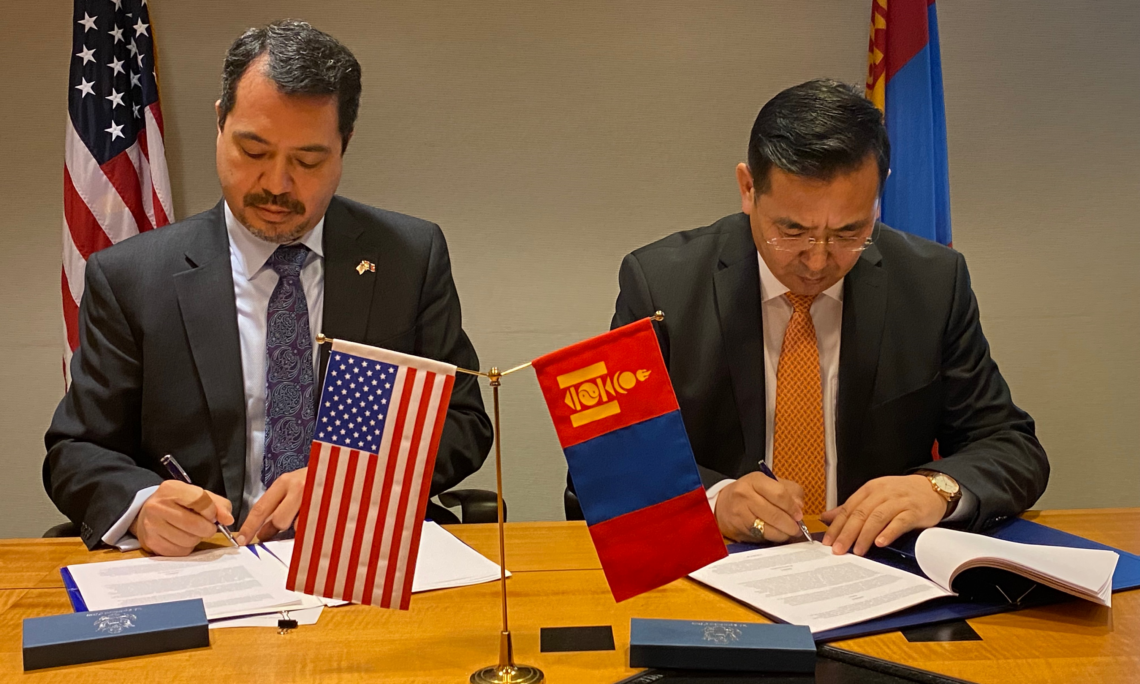 U.S. DEPARTMENT OF STATE
Office of the Spokesperson

On January 24 in Washington, D.C., Deputy Assistant Secretary of the U.S. Department of State’s Bureau of Economic and Business Affairs Richard T. Yoneoka and Mongolian State Secretary of the Ministry of Road and Transport Development Batbold Sandagdorj signed a Memorandum of Consultations (MOC) finalizing an Air Transport Agreement between the Government of the United States and the Government of Mongolia – the first bilateral air transport agreement negotiated by the two countries. The MOC acknowledges that the aeronautical authorities of the countries intend to apply the agreement on the basis of comity and reciprocity pending its entry into force.

The Agreement establishes a modern civil aviation relationship with Mongolia consistent with U.S. Open Skies international aviation policy. It includes unrestricted capacity and frequency of services, open route rights, a liberal charter regime, and open code-sharing opportunities. After both countries complete their internal procedures, the Agreement will be signed and brought into force.

This Agreement with Mongolia will immediately expand our strong economic and commercial partnership, promote people-to-people ties, and create new opportunities for airlines, travel companies, and customers. Air carriers can provide more affordable, convenient, and efficient air services to travelers and shippers, promoting tourism and commerce. The Agreement also commits both governments to high standards of aviation safety and security.

The new Agreement will build on a framework of U.S. Open Skies agreements with over 130 other partners that enable U.S. air carriers to operate and expand flight networks far beyond America’s borders and connect the U.S. economy to growing markets abroad.

For further information, please contact the Bureau of Economic and Business Affairs Press Office at EB-Press-Inquiry@state.gov for press inquiries. Information on U.S. aviation policy and Open Skies agreements is available on the Department of State’s website here: https://www.state.gov/air-transport-agreements/