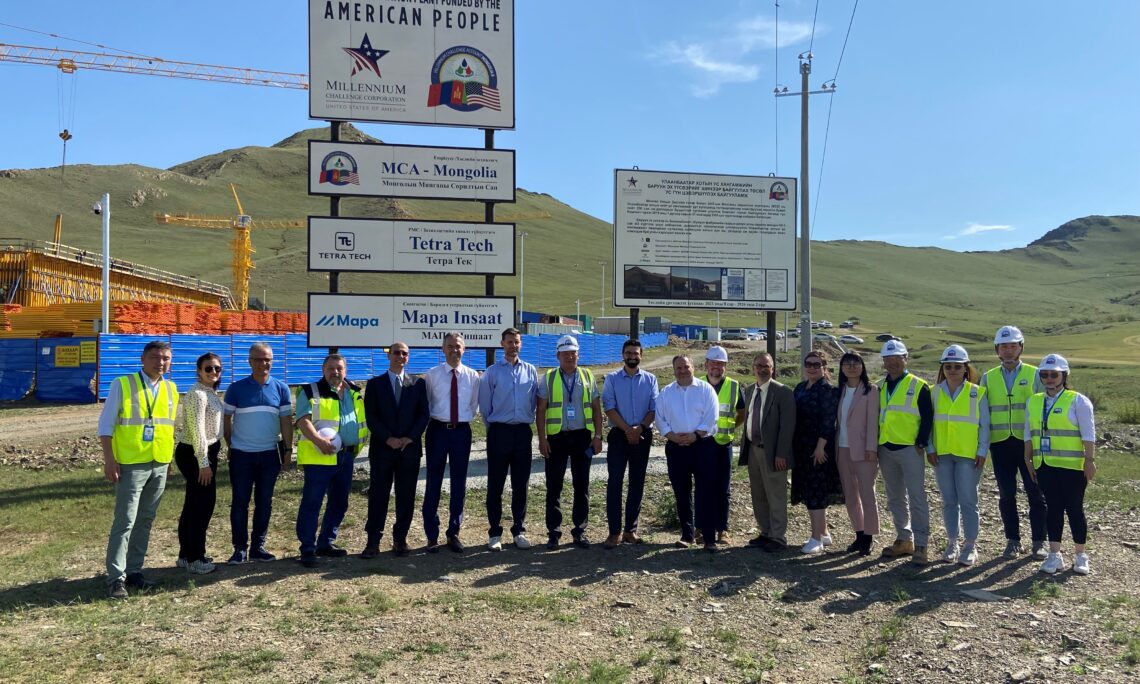 Ulaanbaatar, July 2, 2022 – A delegation of U.S. Congressional staff, led by Mark Iozzi, National Security Advisor, Office of Majority Leader Hoyer visited Mongolia from June 29 to July 2.  The delegation, which consisted of four staff, met with Mongolian government officials and parliament to discuss democratic processes, the impact of COVID-19, regional influence, and the Russian invasion of Ukraine.

The U.S. Congressional staff delegation was received by Member of Parliament and Chair of the U.S.-Mongolia Parliamentary Group, Ts. Munkh-Orgil as well as Ministry of Foreign Affairs Director General of the Department of the Americas, the Middle East, and Africa A. Anand.  During the visit, the delegation visited the Millennium Challenge Corporation’s Advance Water Purification Plant project site and the International Republican Institute (IRI), which hosted a democracy partnership workshop and celebrated 30 years of working closely with the people of Mongolia.  The staff also met with owners of small and medium enterprises (SMEs) who received loans from USAID’s Business Excellence for Sustainability and Transparency (BEST) project, and the Mongolian Association of State Alumni.

The United States has always been at the forefront advocating for Mongolia’s democratic transition and shared democratic values. As the two countries celebrate the 35th anniversary of establishing diplomatic relations, this visit demonstrates the shared commitment to democracy, Mongolia’s sovereignty, and stronger U.S.-Mongolia ties.