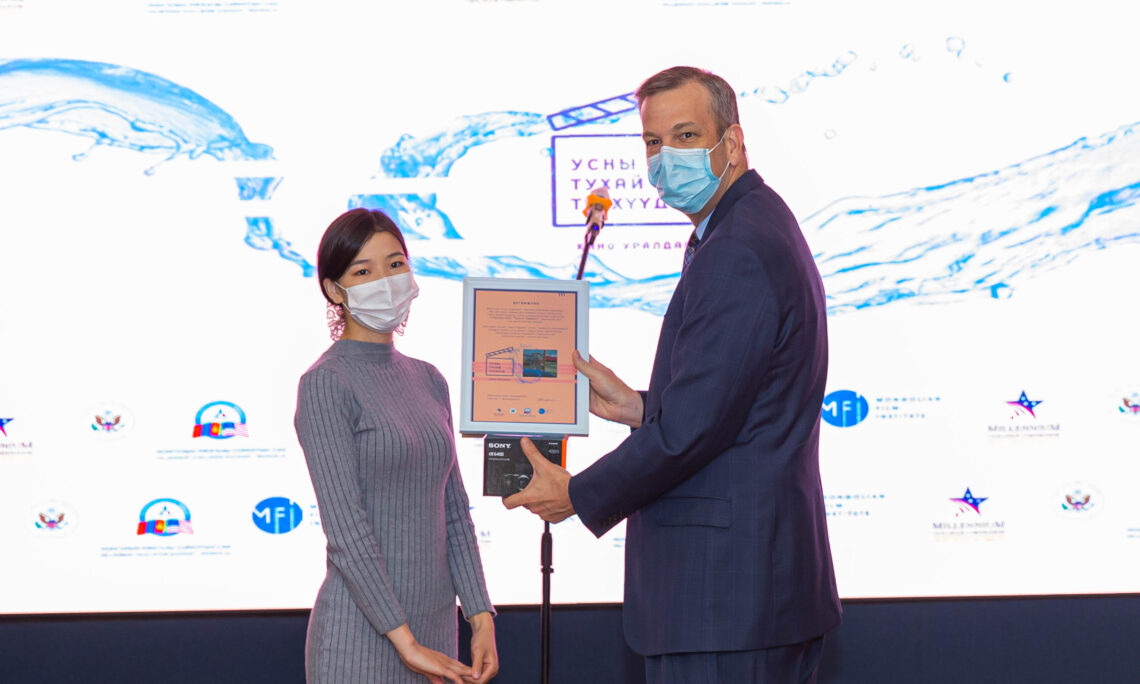 Ulaanbaatar (October 8, 2021) The Mongolian Film Institute and the U.S. government’s Millennium Challenge Corporation (MCC) announced the winners of the “Water Stories” film competition, which focused on the importance of water for Ulaanbaatar.

Mr. May presented awards to three filmmakers, including the grand prize for Ch. Khulan for her “Precious Gem” short film, which competition panelists described as “a creative combination of current water issues, mythology, live-action, and animation.”

B. Sanjaabaldan received a special mention for his short film “Water,” which the panelists appreciated that his plea for changing water consumption habits was conveyed in a manner that was as “clear as water.”

Finally, M. Mandukhai received an award in the young filmmaker’s category for her short film “Coupon” which is a creative use of limited resources to address the inequality of water use among apartment and ger area residents.

The competition was organized in conjunction with the Mongolia Water Compact, which is funded by MCC. The Compact will build the critical infrastructure necessary to sustain Ulaanbaatar’s water supply and will positively impact more than 55 percent of Mongolia’s population.

“In less than three decades, the population of Ulaanbaatar has nearly tripled in size,” explained Sodontogos Erdenetsogt, CEO of the Millennium Challenge Account, Mongolia, “however, the water supply has remained the same, creating the conditions for a severe water shortage.”