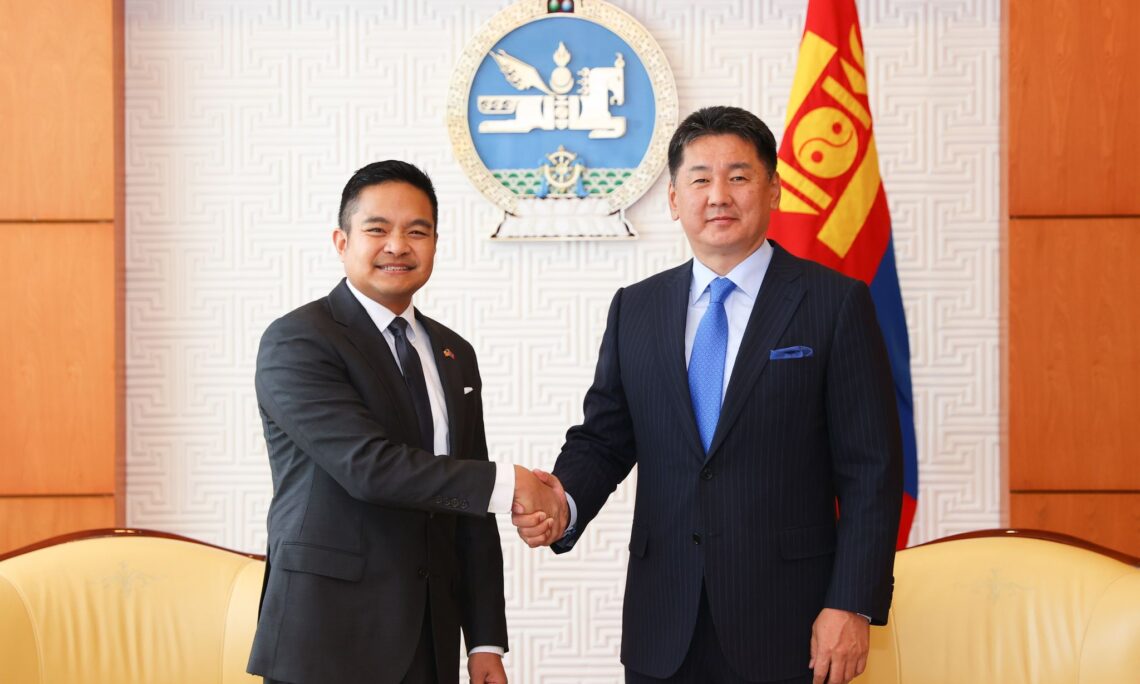 Ulaanbaatar — The new U.S. Ambassador Extraordinary and Plenipotentiary to Mongolia, Richard L. Buangan, presented his letter of credence to Mongolian President U. Khurelsukh at the Government House on November 17, marking the official start of his diplomatic mission to Mongolia.

Ambassador Buangan is committed to building upon the strong Mongolia-United States Strategic Partnership and to supporting efforts to strengthen democratic institutions, enhance sovereignty, and diversify the Mongolian economy based on our two countries’ shared democratic values and respect for fundamental freedoms.