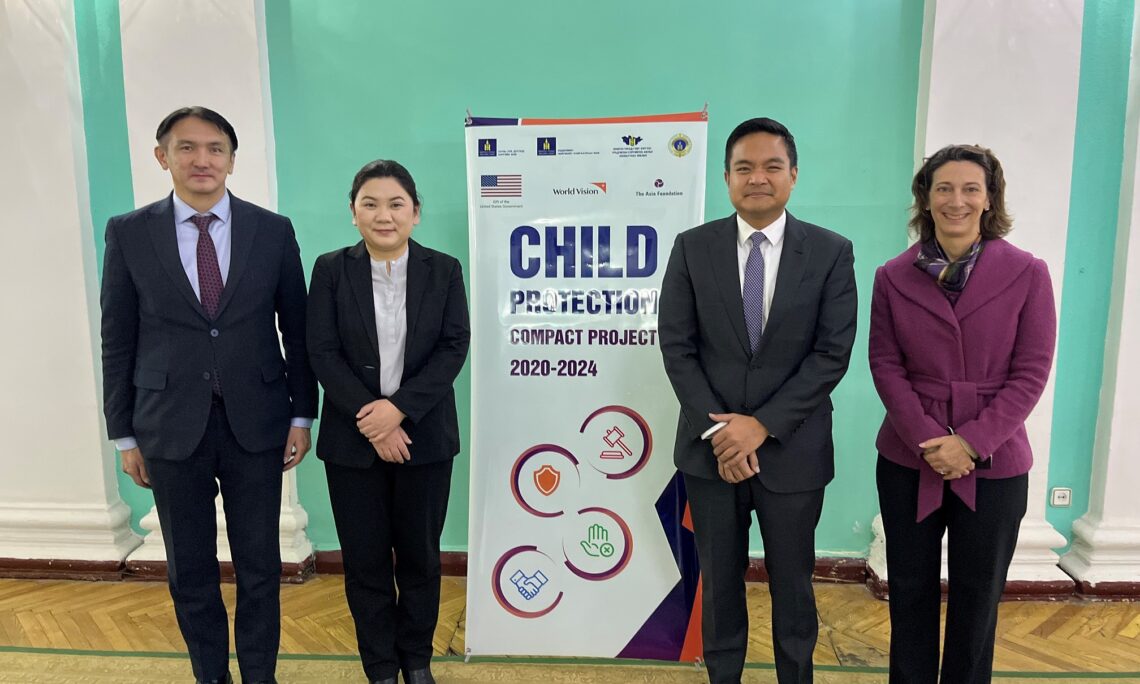 The dialogue centered on the progress made during the CPC Partnership’s first two years. This Partnership strengthens the efforts of the Mongolian government, NGOs, and civil society organizations to prevent all forms of child trafficking in Mongolia; provide comprehensive, trauma-informed, and survivor-centered care for child survivors of these crimes; and effectively prosecute and convict traffickers. Under the CPC’s first two years, an inter-agency working-level Multi-disciplinary Task Force (MDTF) was created to coordinate Mongolia’s anti-trafficking and child protection policies, 19 trainers were trained to broaden TIP investigations, and three child-friendly spaces were created at local police stations to specialize in trauma-informed investigations.

Participants included U.S. Ambassador to Mongolia Richard Buangan, Senior Coordinator for International Programs at the Office to Monitor and Combat Trafficking in Persons Susan Snyder, and the Government of Mongolia’s Head of the Secretary of Coordination Council for Crime Prevention Nyamgerel.

Since 2020, the U.S. government has invested $5.5 million in foreign assistance via World Vision, The Asia Foundation, and local partners Mongolia Gender Equality Center, Talita Asia, Beautiful Hearts, and Unbound Mongolia to support the work of the CPC Partnership.

Acting Director of the Office to Monitor and Combat Trafficking in Persons Dr. Kari Johnstone applauded the Government of Mongolia for its dedication to the Partnership, noting: “The establishment of child-friendly spaces in police stations, the expansion of protection services to child survivors, the continuation of the Multi-disciplinary Task Force, and the expansion of targeted prevention activities at schools and in communities are just some of the achievements from the past two years. I commend the Government of Mongolia on their successful engagement with CPC implementing partners and urge them to sustain these achievements in the years ahead.”