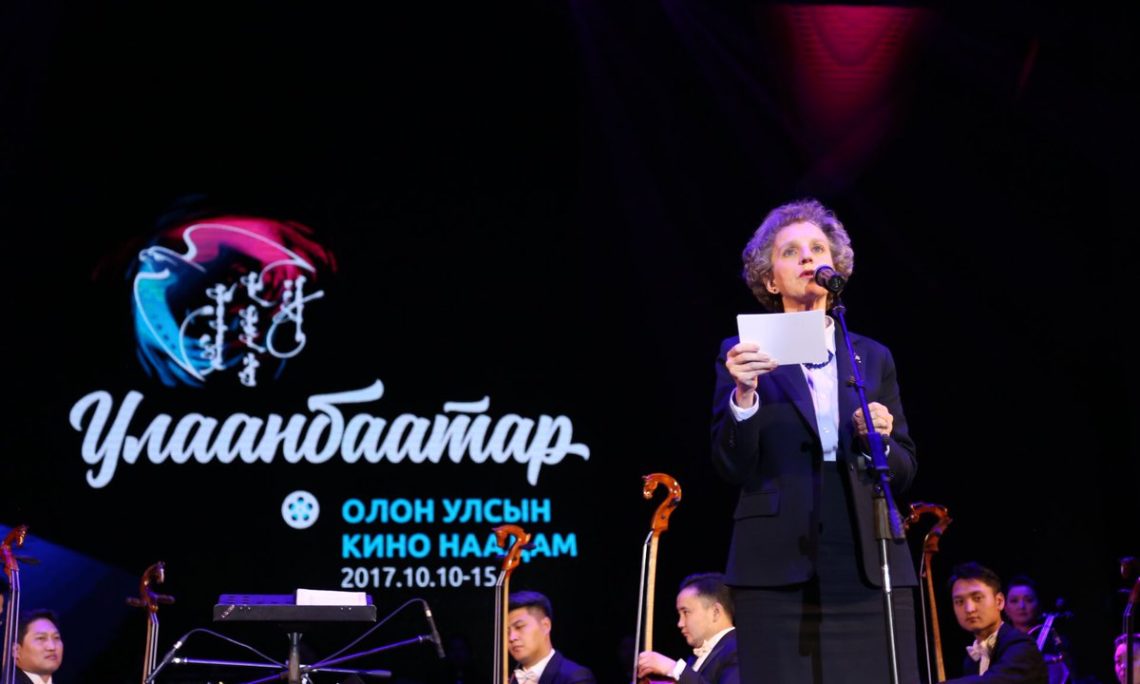 I am delighted to mark the opening of the 9th Annual Ulaanbaatar International Film Festival.

As 2017 marks the 30th anniversary of diplomatic relations between the United States and Mongolia, we are honored to be the Focus Country at this year’s festival and to present selections from the American Film Showcase for the third time in Mongolia.

The American Film Showcase is the U.S. Department of State’s premier film exchange program which brings together the University of Southern California’s School of Cinematic Arts and American filmmakers and experts to share award-winning contemporary American films with audiences throughout the world.

The theme of our showcase this year is Entrepreneurship.

I am thrilled to announce we will be presenting five films that highlight this theme from different perspectives.

Our selection of films will open tomorrow with our featured film, She Started It.

We are pleased to welcome to Mongolia Stacey Ferreira, an inspiring young woman featured in the film, who will be here to introduce the film tomorrow, and also to engage with young Mongolian entrepreneurs throughout the coming week.

I am delighted to announce that two-time Emmy Award winning filmmaker Tony Gerber has also travelled to Mongolia for the festival.

Mr. Gerber will facilitate discussions and workshops on American filmmaking techniques and perspectives on the art.

As the writer of dozens of National Geographic documentaries, including 2011’s Forbidden Tomb of Genghis Khan, Mr. Gerber will participate in the International Film Forum and interact with everyone from aspiring student filmmakers to experienced directors and editors during his time here.

Each of the films in the American Film Showcase and in the festival is designed to spark dialogue, empower audiences to tell their own stories, and promote people-to-people engagement.

The opening film of the Ulaanbaatar International Film Festival, Children of Genghis, was produced jointly by American and Mongolian filmmakers, and is the result of such people-to-people cooperation.

I applaud the works of all the artists and contributors to this grand event.