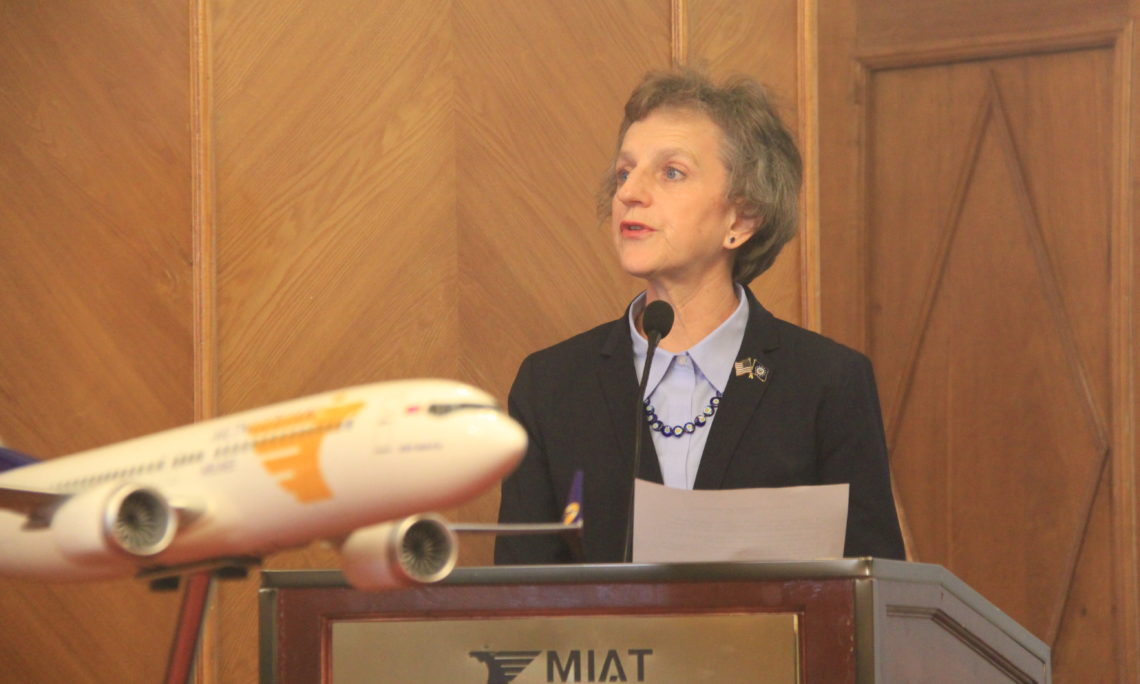 AMBASSADOR GALT: Mr. Tamir, State Secretary Davaasuren, Vice Minister Tsogtgerel, Boeing executives, ladies and gentlemen, I am delighted to be with you this morning to celebrate the operating lease agreement signing for two Boeing 737 Max 8 aircraft.

As U.S. Ambassador, expanding our economic engagement with Mongolia – especially our trade and investment ties – is my top priority.

Since 2011, Boeing has been a strong partner to Mongolia, and it exemplifies the innovative spirit and advanced technological know-how for which U.S. companies are deservedly famous the world over.

Boeing has won numerous awards for its innovations.

As just one example, in 2016, Boeing won the “Energy Star Partner of the Year Sustained Excellence Award” from the U.S. Environmental Protection Agency for the sixth consecutive year.

The agency cited Boeing’s continued efforts to embed energy conservation technologies in its processes and operations.

When these two 737 Max 8 airplanes join MIAT’s fleet, MIAT will possess two of the most technologically advanced and fuel-efficient aircraft in the world.

I am especially proud to highlight Boeing’s role in advancing the U.S.-Mongolia economic relationship this year, which marks the 30th anniversary of the establishment of diplomatic ties between our two countries.

I am confident that in the years to come, MIAT, powered by sophisticated Boeing aircraft, will extend its reach – perhaps one day to include direct flights to the United States, help realize the potential of the new Ulaanbaatar airport and drive Mongolia’s return to sustained economic growth.

Congratulations to Boeing and MIAT. Thank you.