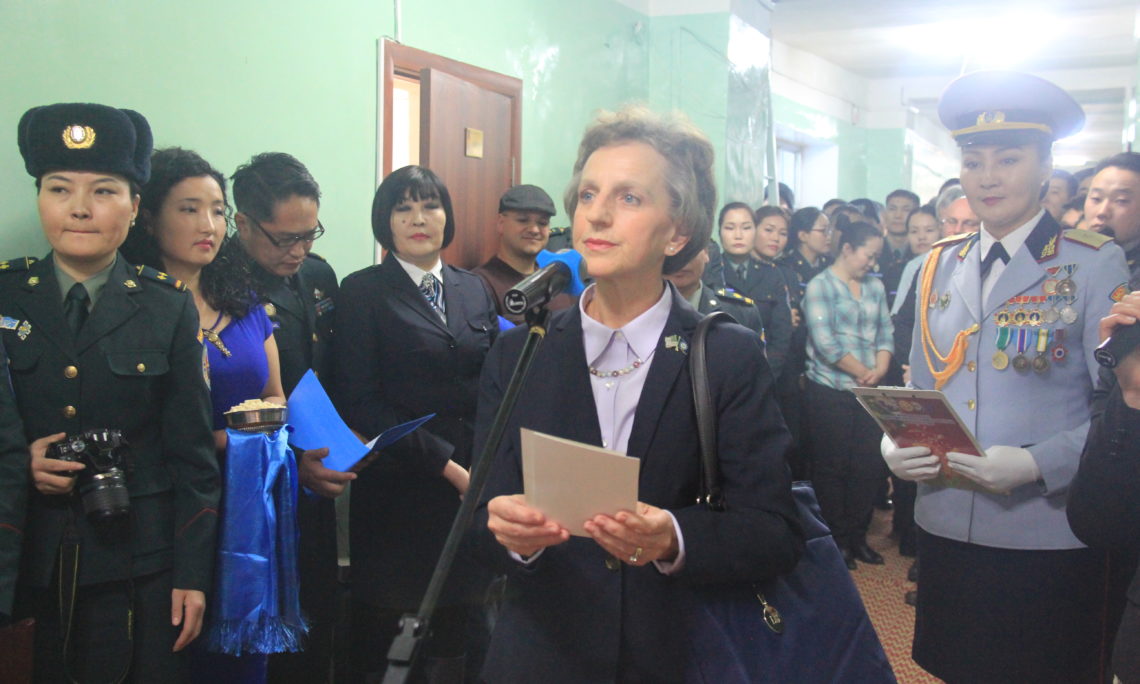 I can think of no better place for a state-of-the-art English language lab than NDU’s Foreign Language Training Center, which already has impressive language training capabilities.

The lab installed here is the eighth English language lab that the United States has provided to Mongolia since 1992.

We have been proud to supply the Mongolian Armed Forces with the latest in language training technology for some of Mongolia’s premier peacekeeping units, at the Five Hills Training Center and at the General Staff.

It is fitting that this latest installation occurred this year, which marks the 30th anniversary of the establishment of U.S.-Mongolia diplomatic relations.

These labs have been and will continue to be important elements in building our strong bilateral defense partnership.

They are vital tools in helping to prepare Mongolian military professionals for advanced training in U.S. military schools.

They are also essential in preparing Mongolian military units for the intense missions they conducted and continue to conduct as part of operations in Iraq and Afghanistan, as well as UN peacekeeping missions worldwide.

The nearly 3,000 Mongolian military personnel who have been trained in these labs have played a central role in establishing Mongolia’s reputation for superior performance in numerous coalition and UN operations across the globe.

The United States deeply appreciates Mongolia’s sustained contributions in Afghanistan and to UN peacekeeping missions, including in Sudan and South Sudan.

Mongolia continues to play a vital role in helping to strengthen global peace and security.

As we mark three decades of diplomatic ties between the United States and Mongolia, I appreciate opportunities like this to highlight our partnership.

I look forward to even stronger U.S.-Mongolia defense cooperation in the months and years ahead.