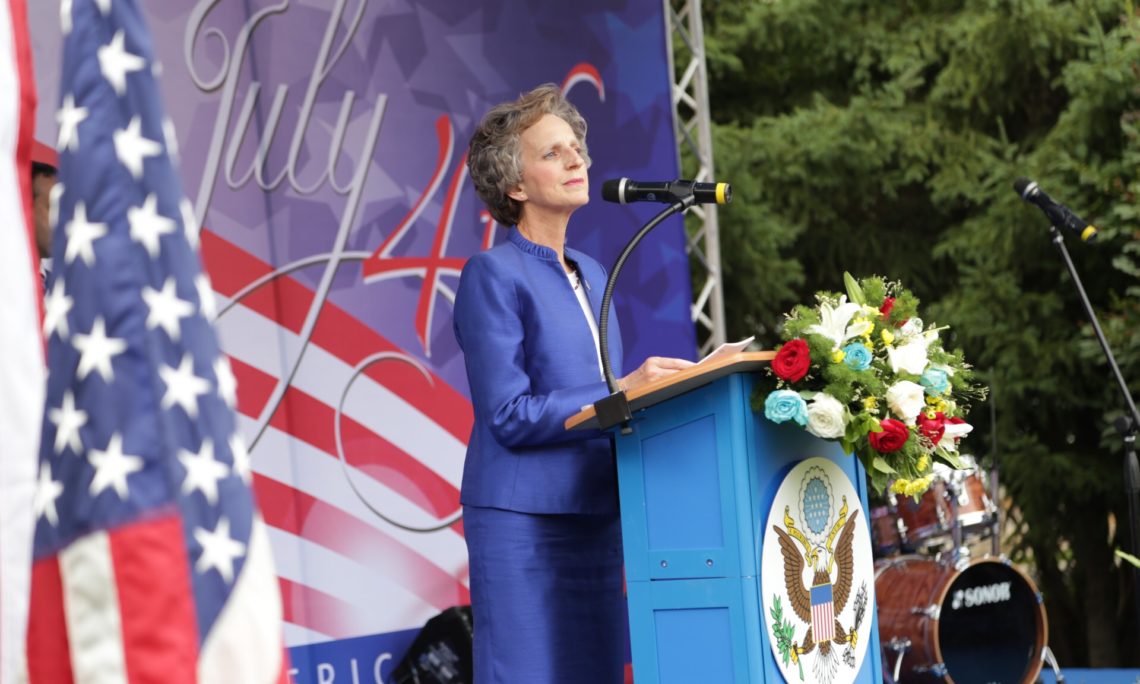 In commemorating the signing of the Declaration of Independence, we recognize the desire of America’s founding fathers to govern themselves and to freely express their views, assemble peacefully, and practice their chosen religions without fear of persecution.

The desire for independence has resonated in countries around the world, and it is a deeply held value we share with Mongolia.

The spirit of independence is one of the many things that unites our two countries.

And tonight we come together to celebrate this spirit.

We also celebrate the 30th anniversary of the United States’ establishment of diplomatic relations with a free and independent Mongolia.

Over the past three decades, Mongolia has actively pursued its independence, choosing in 1990 to shift to democracy and a free-market economy and working since then to ensure its economic and political sovereignty.

The run-off presidential election scheduled for two days from now is the latest evidence of the continued vibrancy of Mongolia’s young democracy.

No matter which candidate emerges victorious, I am confident the election will lead to another peaceful transfer of power, demonstrating for all the world to see that Mongolia is a politically stable democracy.

The United States is proud to have been a steadfast friend of Mongolia.

Today, our countries are partnering in numerous ways to bolster our economic and commercial relations, advance democracy and human rights, expand our military partnership, and strengthen our educational and cultural ties.

Together, we are free and independent countries choosing our own future paths, recognizing that having sovereign, democratic governments is both a privilege and a responsibility.

It was made possible not only by our generous donors, but also by my dedicated Embassy team.

Special thanks to the members of the Mongolian Armed Forces band and the Jesse Davis Quartet for sharing their musical talents with us, and to Jennifer Jensen and Suvd Turbat for gracing us with their mellifluous voices.

Thank you for coming.  I am pleased to celebrate America’s birthday with you!