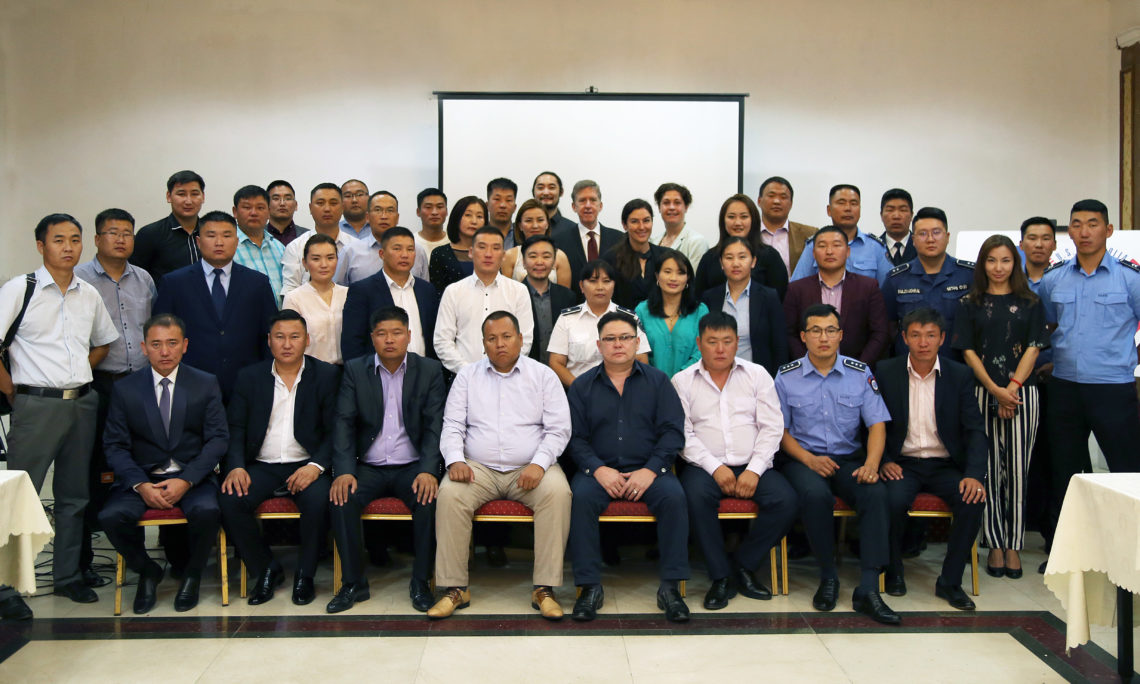 Training workshops under the project “A Tolerant and Hate Free Mongolia” are being held at the Bishrelt Hotel, Ulaanbaatar from August 2 – 15, 2017, for 100 police officers from all provinces and districts of Mongolia.

This project, the first of its kind ever to be held in Mongolia, is being organized by LGBT Center in Mongolia, with funding and support of U.S. Department of State’s Bureau of Democracy, Human Rights, and Labor’s small grants program on human rights, and The Asia Foundation (TAF).  U.S. Embassy Ulaanbaatar’s Political Officer, Heidi Herschede, and Diana Fernandez of TAF helped kick off the trainings on August 7 with opening remarks to the training attendees.  The goal of this project is to provide training to the Mongolian criminal police force so it can recognize hate crimes and effectively respond to them, while also properly assisting the victims of such crimes.

The trainings are being conducted by various experts in the field from the LGBT center, the national Human Rights Commission, and a special police expert from the U.S., Gerard Hogan (Gerry), who has extensive experience in this field, having served as a prosecutor in the criminal section of the U.S. Department of Justice’s Civil Rights Division for nearly 30 years.   His professional career has focused on the investigation and prosecution of hate crimes, working with U.S. Federal Bureau of Investigation (FBI) case agents in all phases of hate crimes cases. Mr. Hogan has tried more than a dozen cases involving assaults and/or the threat of force based on race, religion, and/or ethnicity, and has conducted extensive training on hate crimes arrests and prosecutions in the United States and abroad.

In addition to the actual trainings under  “A Tolerant and Hate Free Mongolia,” the project also includes the development of a short booklet on addressing hate crimes and interpreting the Law on Hate Crimes.

This project will be a stepping stone towards the implementation and enforcement of the newly amended Mongolian Criminal Code  and the Law on Misdemeanors that relate to non-discrimination and the prosecution of hate crimes.