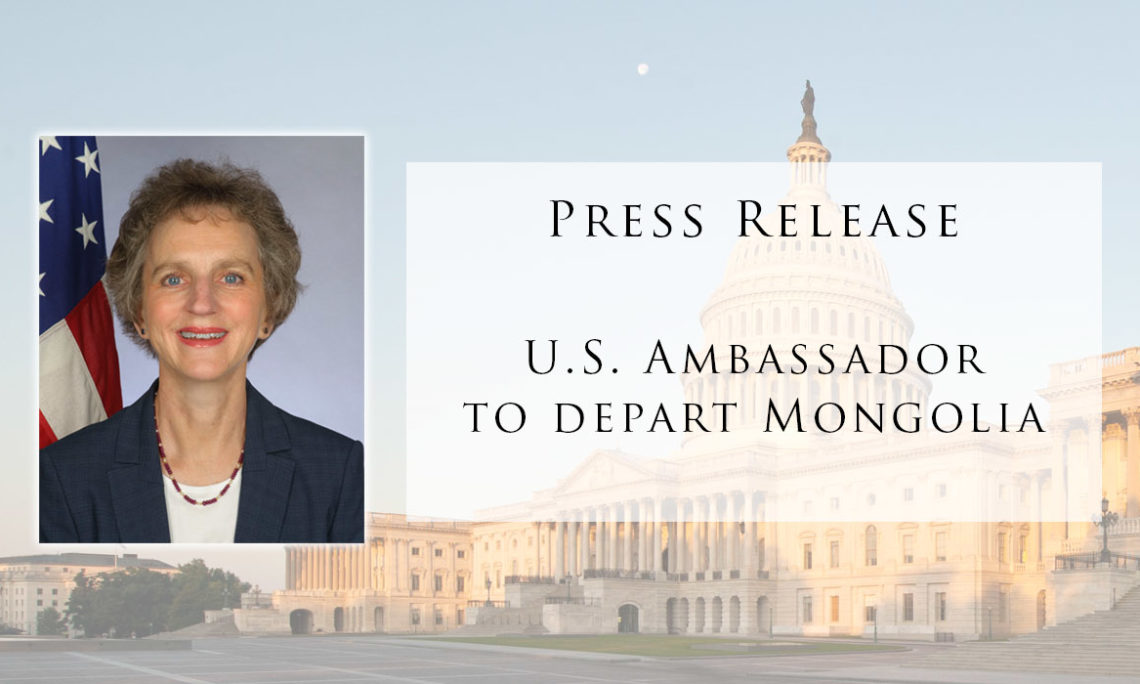 Under Ambassador Galt’s leadership, the Embassy worked tirelessly to pressure the Democratic People’s Republic of Korea to cease its destabilizing actions and fully comply with its international obligations and commitments. Ambassador Galt also provided support and appreciation for the Mongolian Armed Forces’ sustained commitment in support of global peacekeeping operations.

The Ambassador prioritized economic engagement, supporting the IMF Extended Fund Facility for Mongolia, bringing an agricultural delegation from the United States to Mongolia, and co-leading with the Mongolian Foreign Minister an American Chamber of Commerce Mongolia business delegation to Washington, D.C.  She also aided the Mongolian government in establishing laws and regulations to meet its obligations to promote more transparency in trade and investment, thereby enabling the U.S.-Mongolia Transparency Agreement to come into force in March 2017.  Ambassador Galt worked with U.S.-based NGO Mercy Corps and the Ministry of Food, Agriculture, and Light Industry to launch a $10 million program to develop a meat export industry in Mongolia. She also worked with USAID to make $25 million in credit available to small and medium enterprises in Mongolia. Meanwhile, under the Ambassador’s stewardship, the Millennium Challenge Corporation has developed investments to address an impending shortage of water in Ulaanbaatar and create a sustainable water system for the city in the long-term.

Youth outreach, meanwhile, expanded significantly under the Ambassador’s watch: Mongolia became the first Asian country to be accepted into the Future Leaders Exchange (FLEX) program, sending the first group of 10 high schoolers to study for a year in the United States in 2017 and increasing the number to 20 beginning in 2018.  The Ambassador also launched the USAID-supported Leaders Advancing Democracy (LEAD) program, through which young professionals have traveled to the United States and engaged in civic action at home.  Under her leadership, two American cultural centers were opened in Ulaangom, Uvs, and in Sainshand, Dornogovi, and two new energy-efficient kindergartens were built in Ulaanbaatar and in Zamiin-Uud, Dornogovi, using Department of Defense humanitarian assistance funding.

Upon her return to Washington, Ambassador Galt will take up the position of Principal Deputy Assistant Secretary and Acting Assistant Secretary in charge of the State Department’s Bureau of Educational and Cultural Affairs.  Deputy Chief of Mission Manuel Micaller will be Chargé d’Affaires, a.i., until a new ambassador is confirmed.