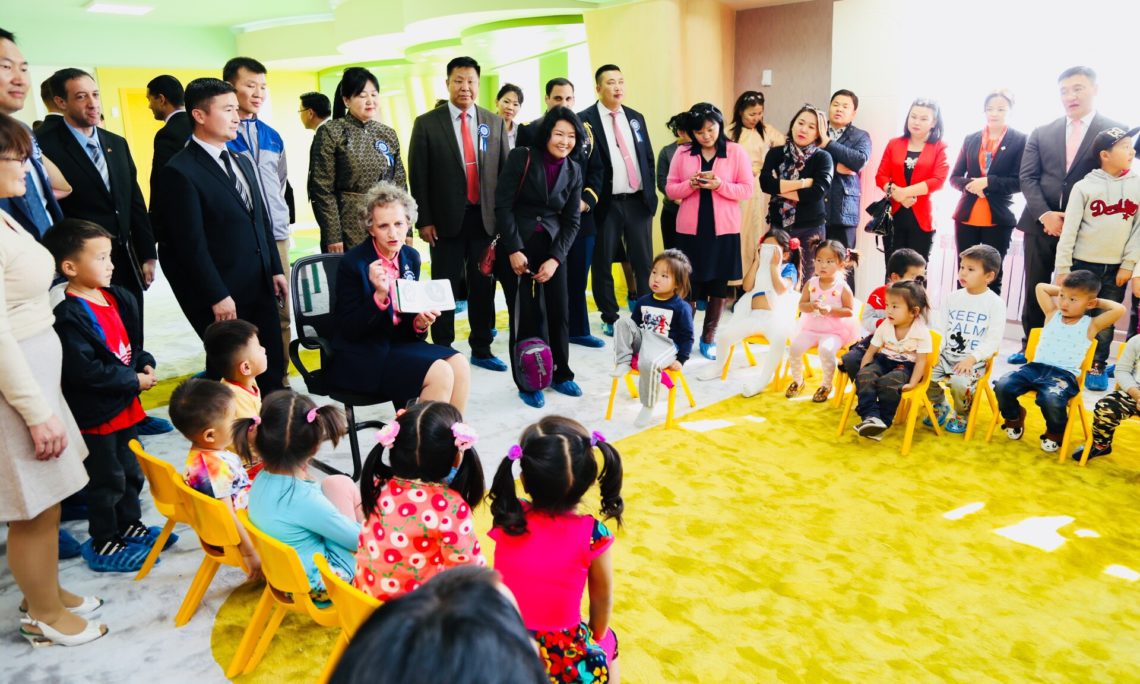 In celebration of the 30th Anniversary of U.S-Mongolia bilateral relations and to help meet the urgent need for new early childhood education centers in Mongolia, the United States Department of Defense, in cooperation with the Mongolian Ministry of Education, Culture, Science, and Sports (MECSS) commissioned the construction of a new kindergarten for children aged 3-6 years in Zamiin-Uud, Dornogovi.

This school is similar to another U.S.-funded kindergarten that opened in the Bayanzurkh district of Ulaanbaatar on September 6, the design of which was also overseen by Alaska Army Corps of Engineers, and that was also constructed by a Mongolian firm.

This event included speeches by the Ambassadors and local government representatives, the ribbon-cutting, musical performances by local students, and a tour of the new school.