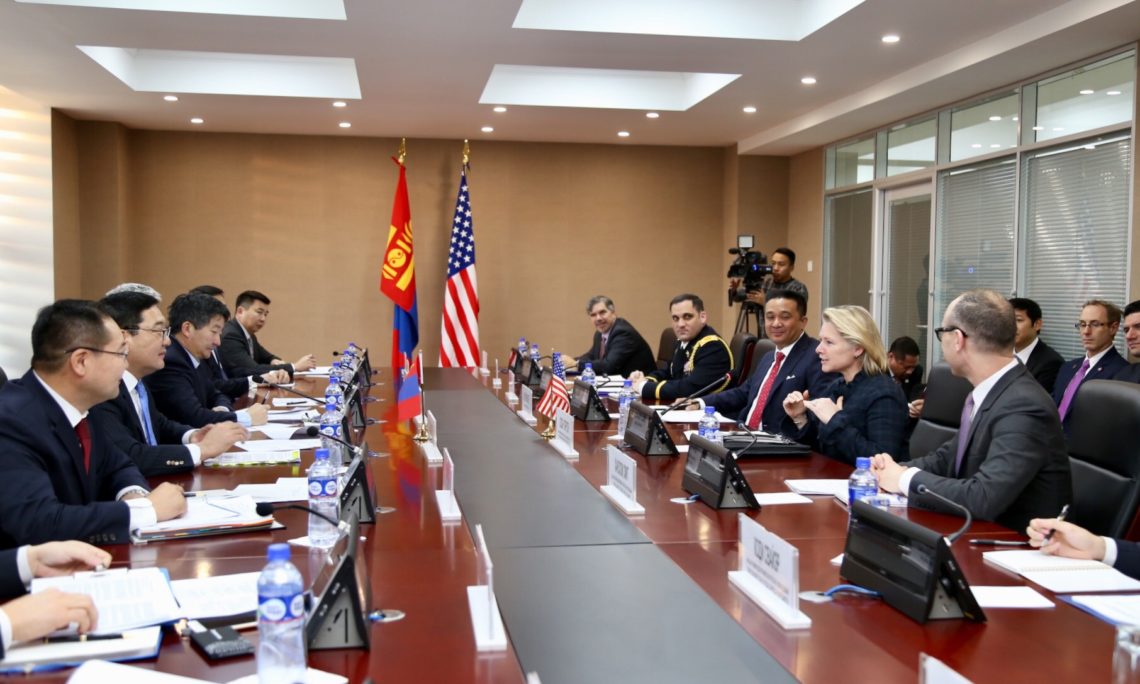 Acting Assistant Secretary of State for East Asian and Pacific Affairs Susan A. Thornton and Mongolian Ministry of Foreign Affairs State Secretary D. Davaasuren co-chaired the meeting, which was also attended by U.S. representatives from the Department of State, Department of Health and Human Services, Department of Homeland Security, U.S. Agency for International Development, and U.S. Embassy Ulaanbaatar.

During this year’s talks, the two sides discussed cooperating on the international response to the threat posed by the DPRK’s illicit nuclear and missile programs, bilateral trade and investment, and the finalization of the second Millennium Challenge Corporation compact for Mongolia.  In addition, they discussed working together on a shared vision of rules-based order in the Indo-Pacific, and other areas of political, security, health, educational, cultural, and consular cooperation, which includes the recent addition of Mongolia to the list of countries eligible for the H-2A/B visa program.